Introduction. The Epilepsiome is our community-driven gene curation project. Ever since we last wrote about this project, many discussions have been going on in our community and we have decided to put together a 10-part post series this year to tell you where the journey is headed. Here is what we would like to put together in the first half of 2016. 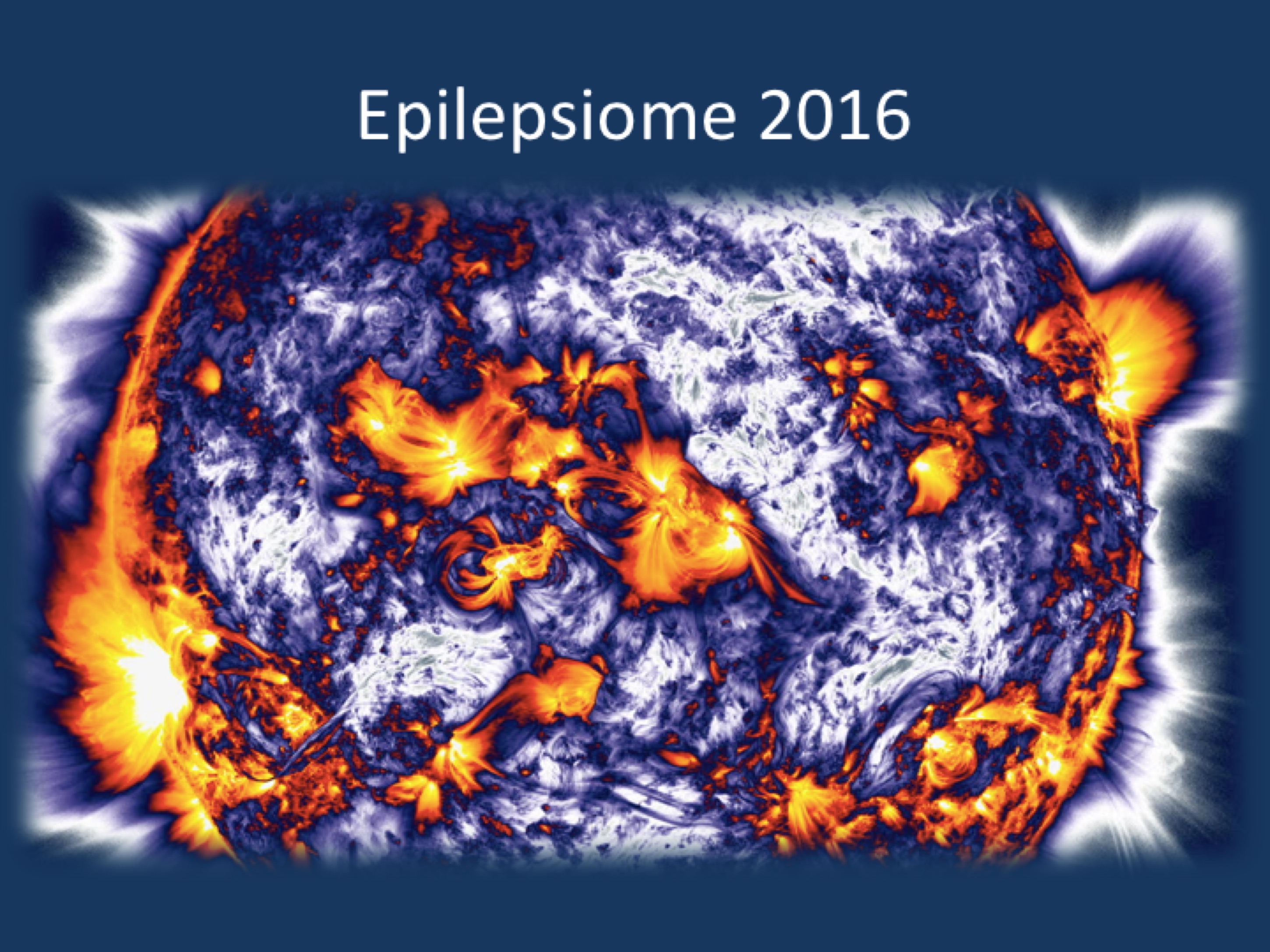 Gradient Sun. Image through Flickr from the NASA/Goddard Space Flight Center. The still here shows an unfiltered image from the sun next to one that has been processed using a gradient filter. Note how the coronal loops are sharp and defined, making them all the more easy to study. On the other hand, gradients also make great art. Modified under a CC BY 2.0 licence from https://www.flickr.com/photos/gsfc/8103227180

Part 1 – Linking up and linking out
At AES 2015, we nailed down some of the details on how we will connect the Epilepsiome with the existing ILAE and non-ILAE web resources, including epilepsydiagnosis.org and ClinGen. In this post, we will discuss how this will help us become more focused and more connected.

Part 2 – The CURE connection
One of my biggest worries is the fact that we do not have a good way to reply to individual patient comments – for our readers it is sometimes not clear whether and how they can approach us as scientists, clinicians and what exactly they can expect from us in terms of advice. Likewise, replying to patient questions is difficult as we can never quickly reply from a purely scientific perspective, but need to be aware that our replies may have a patient-related context that we don’t anticipate. When I raised this issue at AES, Tracy and Brandon from CURE suggested that we build a mechanism that automatically forwards patient-related questions to a patient organization, helping us with the dilemma of not being able to meaningfully reply to patient questions without introducing ambiguity.

Part 3 – The unknown unknowns of precision medicine
At the end of the year, the suggestion came up that we add “precision medicine” as a separate section for our Epilepsiome review, as we have already done for the PRRT2 post. This suggestion was directly met with the concern that we have to be very conservative with regards to the content that we publish. After giving this issue some thought, we have realized that this is precisely the point. There is much we don’t know about precision medicine for specific genetic epilepsies and there may even be things that we don’t even know of. In order to drown some of the louder voices on the internet that either call precision medicine approaches a futile endeavor or –on the other hand- vastly over interpret n-of-one observations, we feel that we need a section that tells people what we know, especially as this knowledge is insufficiently reflected in what is published.

Part 4 – Areas of uncertainty
Even independent of therapeutic options, there is some ongoing controversy about some aspects of epilepsy and genetics, things that are debated and not ultimately solved. This became clear before the holidays when we debated some issues surrounding DEPDC5. One suggestion was to add “areas of uncertainty” to our Epilepsiome format to find a home for some of the big unanswered questions surrounding some of the genes that we are curating.

Part 5 – The YESTI Codex
The areas of uncertainly bring me to a larger topic – how do we as “YESTIs” behave online, and what rules do we play by? We were wondering whether it may make sense to put down some basic rules that we usually play by to let people know that we try to be as objective as possible and do not exploit our presence on the internet.

Part 6 – The Epilepsiome Map
At some point in 2016, the Epilepsiome may actually separate from the blog. We had this epiphany when we met with Roland and Sabine in Luxembourg in mid-December. There are some good ideas on how we can use a Google-map inspired framework to zoom into neurons, a concept that the LCSB team has used for the so-called PD map on Parkinson’s disease. Once we have a sufficient number of gene review completed and one we have sufficiently experimented with our format, it would be great to use such a format.

Part 7 – You are a community
With your help, we are building an epilepsy-specific gene curation community driven by experts in the field. We hope that we can make participation in the Epilepsiome project a logical part of what we do as researchers and clinicians (“if you work in epilepsy genetics, this is what you do”). At some point in 2016, we should have discussion on how we define the Epilepsiome group, what infrastructure and regular meetings we need and how we should go about including new members. For example, we are thinking of a brief review process for novel gene curations and maybe a regular Epilepsiome meeting once a year at a major international congress.

Part 8 – Publish or perish
The ILAE Genetics Commission is currently preparing a genetic literacy series and I would like publication on the Epilepsiome to be part of this – even though the Genetics Commission does not know about this yet ;-) It would be great if we could provide a functional and comprehensive gene curation pipeline by the end of the year to form the basis for a joint manuscript.

Part 9 – Learning from the Higgs Boson – open access
All the information we put online is Open Access and there is actually good reason to do so. There is sufficient evidence that Open Access increases your readership, citations, and overall awareness of your manuscript. Therefore, there is no copyright on the Epilepsiome, only attributions. However, not all the information, especially figures that we ask people to send to us, are open access. We would like this part of the Epilepsiome series to deal with the pros and cons of Open Access.

Part 10 – Destination unknown
Where is the Epilepsiome going, what is the big masterplan? Honestly, we don’t know. Only a year ago, we were very skeptical that we would ever arrive at the point that we are today and I had legitimate concern that we would ever get some sort of meaningful gene curation effort off the ground without significant financial support. To us, the Epilepsiome is an idea, it is a platform on epilepsy and genes that is maintained by our vibrant epilepsy genetics community, a platform that reflects the ongoing discussion that we have in the field, trying to gather and structure the knowledge that we are increasingly acquiring. Again, do we have a clear concept on how this will look like in 5 years? No, we don’t at this point, which may not be a bad thing after all. We are experimenting with the format of our gene reviews, we are building our gene curation community, we claim our niche in cyberspace, and we are generating momentum.

The field of epilepsy genetics is currently transitioning from a science of gene discovery to personalized medicine, viewing genes not only as static disease-causing etiologies, but as calls for action with specific therapies. We need a community and space where all the information can flow together and can be discussed. We think that our Epilepsiome effort has the potential to be part of this.