Issue 11/2015. This issue of our publications of the week is about three novel genes that were published recently, including a relatively frequent cause of intellectual disability in females, a gene for spinocerebellar ataxia, and a mutation in a novel SNARE-complex associated protein. 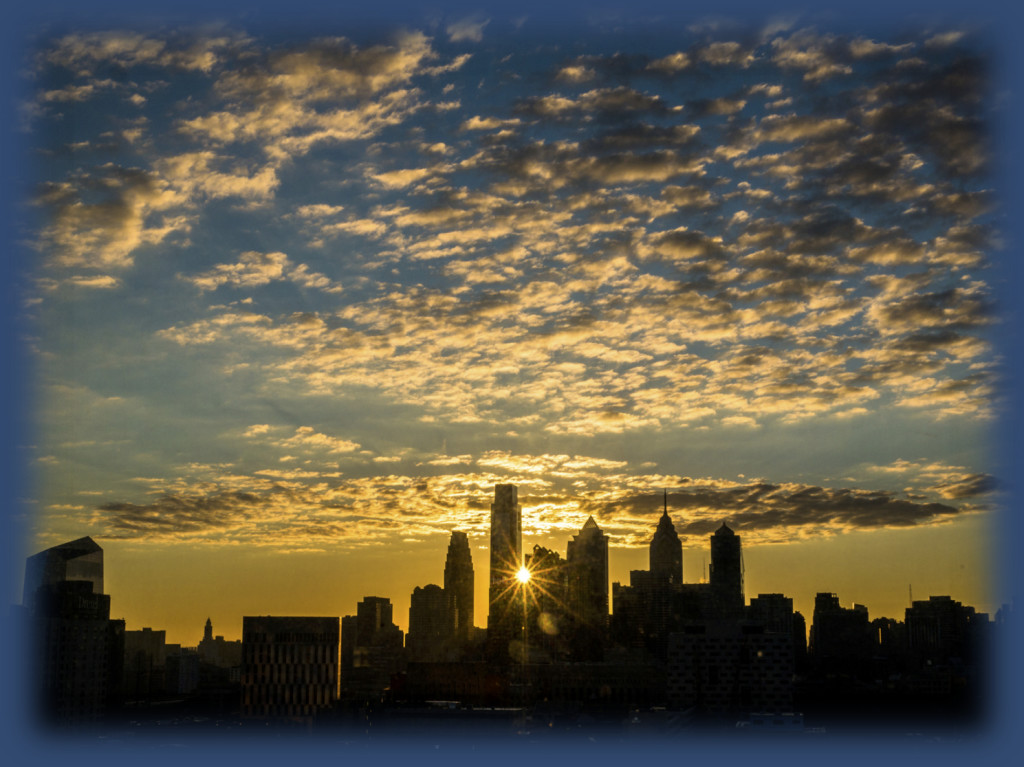 Philly Twilight (modified under a Creative Commons license from www.flickr.com/photos/chenyuming/15266943975).

KCND3. Mutations in KCND3 have previously been shown to cause spinocerebellar ataxia type 19/22, a rare form of an autosomal dominant ataxia. In a recent publication in BMC Medical Genetics, Smets and collaborators now identify a de novo mutation in a patient with an early onset ataxia and concomitant epilepsy. One of the interesting aspects of this publication is the early-onset and more severe phenotype and the type of de novo mutation. The mutation occurs in frame, but affects the voltage sensor for the potassium channel encoded by KCND3.
Comments IH: Given that many in frame deletions and duplications are often filtered out in the process of variant assessment, mutations like this could possibly be overlooked in large-scale studies. KCND3 is an interesting example how de novo mutations may be found in a more severe phenotype of a known autosomal dominant disease.

NAPB. The N-Ethylmaleimide-Sensitive Factor Attachment Protein Beta (NAPB) is part of the presynaptic fusion machinery and is also known as SNAP beta. In a recent publication in Clinical Genetics, Conroy and collaborators identify a homozygous truncating mutation in the NAPB gene in a patient with epileptic encephalopathy. The patient had intractable seizures starting at the age of 5 months, followed by developmental plateauing leading to profound intellectual disability.
Comments IH: NAPB is a novel gene for an epileptic encephalopathy leading to profound intellectual disability. This is another example of a gene coding for a presynaptic protein to be implicated in severe epilepsies.