Vacation. It’s vacation time for the Channelopathist team, and we’re spending our time in Germany catching up with colleagues and friends. Our first trip took us to the former German East. Here are the five epilepsy genetics related things I learned in Leipzig. 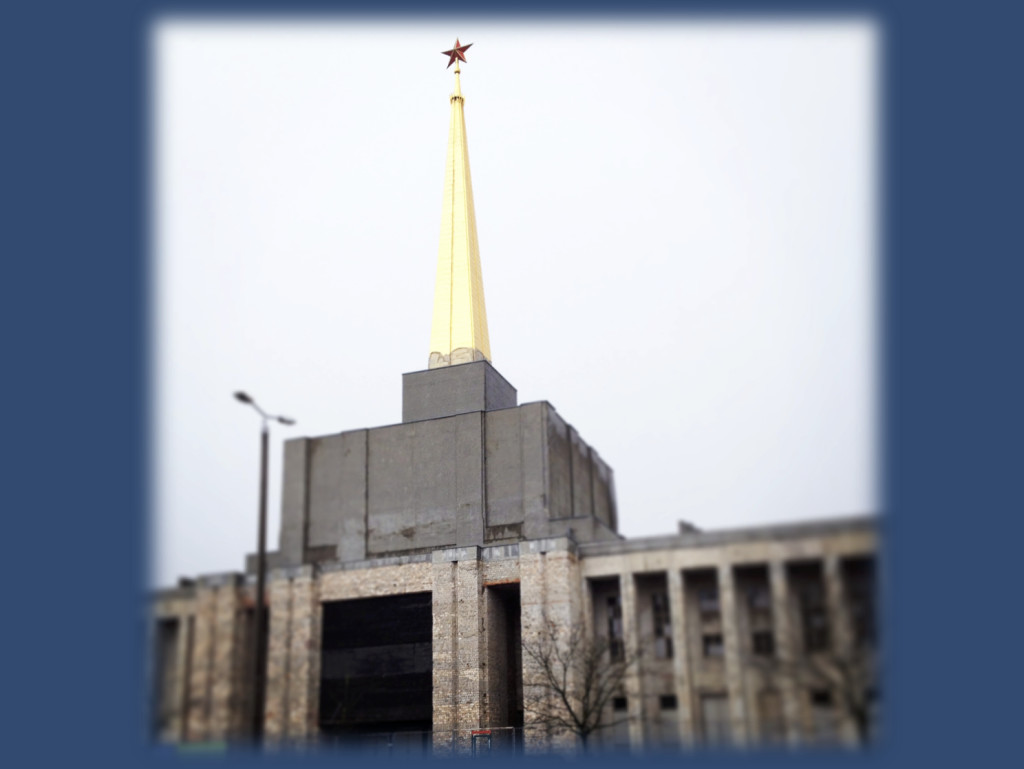 Even though there are much more beautiful spots in Leipzig other than the now defunct Russian pavilion on the former Leipzig exhibition area, it’s a unique building from the past. It somehow symbolizes the Leipzig that I expected to see, but I was mistaken. The modern Leipzig is a thriving, vibrant city and you see very little of its Communist past.

Visualize. One of the first things I was confronted with in Leipzig was an almost linear correlation plot of a genetic dataset of thousands of individuals. It looked very compelling, but after a while we realized that it looked too good – and we spent the rest of the afternoon taking apart R code to find the bug, test-running various plots of smaller datasets, trying to come up with some clever ideas on how we can turn complex data into visually appealing graphs. On several occasions, we resisted the urge to understand data through p-values, linear models, or other stats. We just plotted and were reminded of the power of understanding complex datasets through visualization. We eventually found the bug and shut down the computer at the end of the day feeling that we understood aspects of the dataset that had escaped us previously.
Lesson learned: One way of understanding complex dataset is visualization – and you might be misled by jumping to p-values too quickly.

MAE38. Here is a brief story that is almost too embarrassing to tell if it weren’t for the take home message. Johannes, our host in Leipzig, and we were wondering whether a patient he had seen in clinic on the day before might be a candidate for one of our trio exome sequencing projects. When going through the previous diagnostic work-up, we stumbled across the statement that the patient had previously been exome-sequenced and was considered negative. It dawned on us that the EuroEPINOMICS project was the only project that the patient could have been included in previously. We ran the patient identifiers again – eventually we learned that the patient had in fact already been exome sequenced once we had disentangled the triple recoding of patient IDs that we used in previous projects. And the patient was not negative, but carried a de novo mutation that we simply couldn’t make sense of two years ago, but that now looks promising. Again, that’s an embarrassing story. However, the only reason why I’m telling this story is the fact that I have frequently heard similar stories from other groups. It’s a general problem.
Lesson learned: Exomes are alive – interpretation of exome data for novel genes may change over time and it’s worthwhile re-examining the detected variants in regular time intervals. Also, the confusion about the state of sequencing is a good reminder of how cheap sequencing has become – up to the point that storage and curation of sequence data has become the real challenge.

It is worth seeing a patient. We also drove more than 350 miles to see a patient with a very rare genetic epilepsy, and I’m very grateful to both the family and the clinicians for making this possible for us. And something strange happened: I completely agreed with everything that we had previously put together about this patient with respect to the clinical phenotype – and yet I felt that I learned so much more by actually seeing the patient. Many details that I had registered in the patient description suddenly took on a completely different meaning, adding to an overall gestalt that I didn’t expect, a clinical picture that is now deeply engrained in my brain.
Lesson learned: Clinical skills mature constantly and require more than systematic thinking in combination with a vast rational knowledge base. Particularly child neurology and genetics is often about pattern recognition, “hunches”, and intuition, skills that will only grow through repeated and diverse exposure.

Work Life Balance. On the Thursday before Easter, we had one of our most productive days, getting quite a few things done. Except that virtually each and everyone in our team of five clinicians and scientists was on vacation, which really was more of a coincidence than a planned joint sacrifice. Each of us thought individually that meeting the other person and getting a few things done might be a nice thing to do for the other person. This might have been the main reason that it didn’t really feel like work.
Lesson learned: Don’t do it too often, but maybe sometimes consider that there might not really be a strong division between work and vacation. It’s something interesting to see what your mind does with you if you assume that all of your activities are leisure – sometimes even ordinary work may appear relaxing. And if you’re really lucky, you’ll have fun in your job and get to work with friends at the same time — which doesn’t actually feel much like work in the end.

Generation RES moving on. Part of our motivation to go to Leipzig was to meet up with Johannes Lemke, who was our host for three days and let us stay in his apartment overlooking the roofs of the modern Leipzig. Johannes, known for “Lemke’s list” – the first list of comprehensive epilepsy genes to be put on a gene panel, had recently been appointed as the Head of Medical Genetics in Leipzig. Johannes is part of “Generation RES”, the epilepsy genetics “rat pack” of young scientists that grew up within the framework of recent consortia such as EuroEPINOMICS, the people that I would consider my scientific peer group. It’s good to see our “generation” move forward, taking on more senior roles and positions with new and unexpected challenges.
Lesson learned: It might have been the emotional consequences of being back in Europe or the German radio stations repeatedly bombarding us with Bryan Adams’ “Summer of 69”, but Leipzig left me with some kind of EuroEPINOMICS nostalgia. It’s interesting to see the different trajectories that we have chosen, and the more I’m thinking about this, the more I’m realizing that this may deserve a separate blog post.