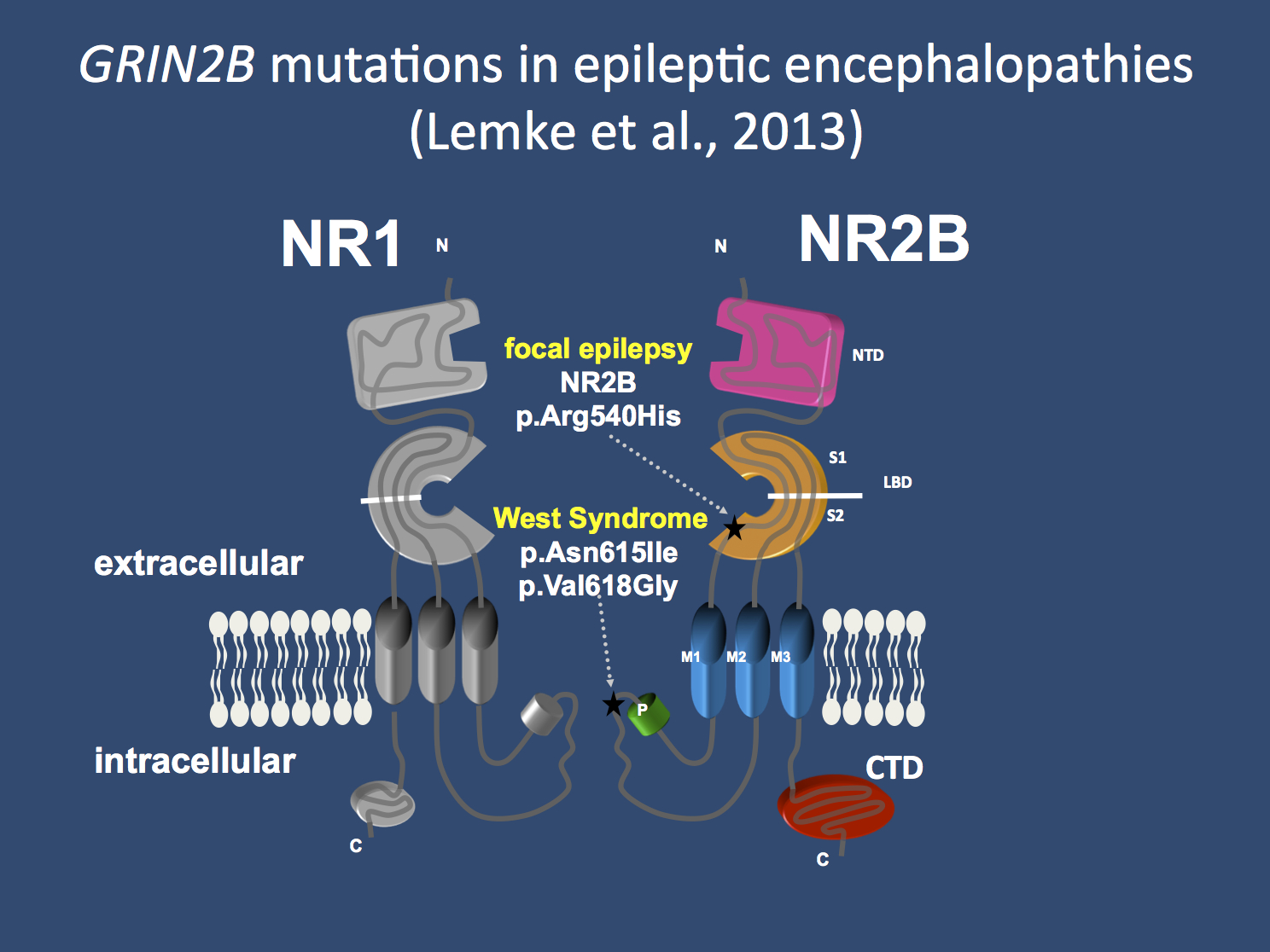 The NMDA receptor. The NMDA receptor is tetrameric, i.e. it consists of four subunits. These include two NR1 and two NR2 subunits. NR2A (GRIN2A) and NR2B (GRIN2B) are the two main NR2 subunits. NR2B is replaced by NR2A during development, providing an explanation for the age-dependence of NR2A and NR2B-associated epilepsies. Mutations in NR2B cause various phenotypes depending on the location of the mutation. The more severe mutations are located in the re-entrant loop. Mutations resulting in milder phenotypes are located in the ligand binding domain (LBD). The N-terminal domain (NTD) is extracellular, the C-terminal domain (CTD) of the NR2 receptor is intracellular. Sequence variation in human control databases resulting in amino acid changes is usually found in the long C-terminus, which is important for keeping the receptor in place in the postsynapse.