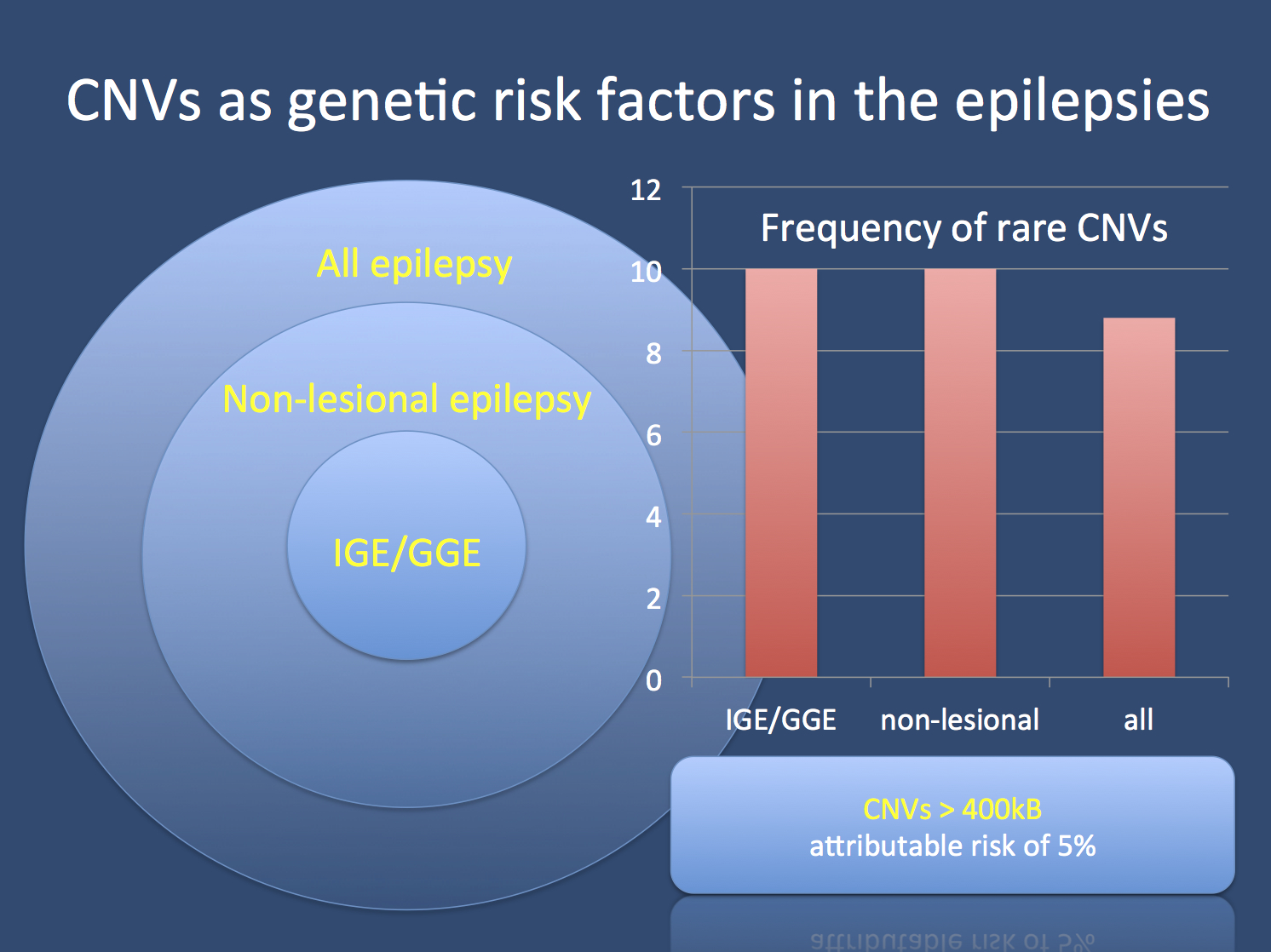 Copy Number Variation (CNVs) are risk factors across a broad range of epilepsy phenotypes, also including epilepsies previously considered lesional. CNVs were first investigated in the Idiopathic/Genetic Generalized Epilepsies (IGE/GGE), subsequently followed by studies in other non-lesional epilepsies. In our recent studies, we also included epilepsies with complex phenotypes, including many patients with definite or questionable MRI findings. We find that CNVs have an attributable risk of 5%, independent of the epilepsy phenotype, questioning the long-held distinction between genetic and lesional causes for epilepsy.