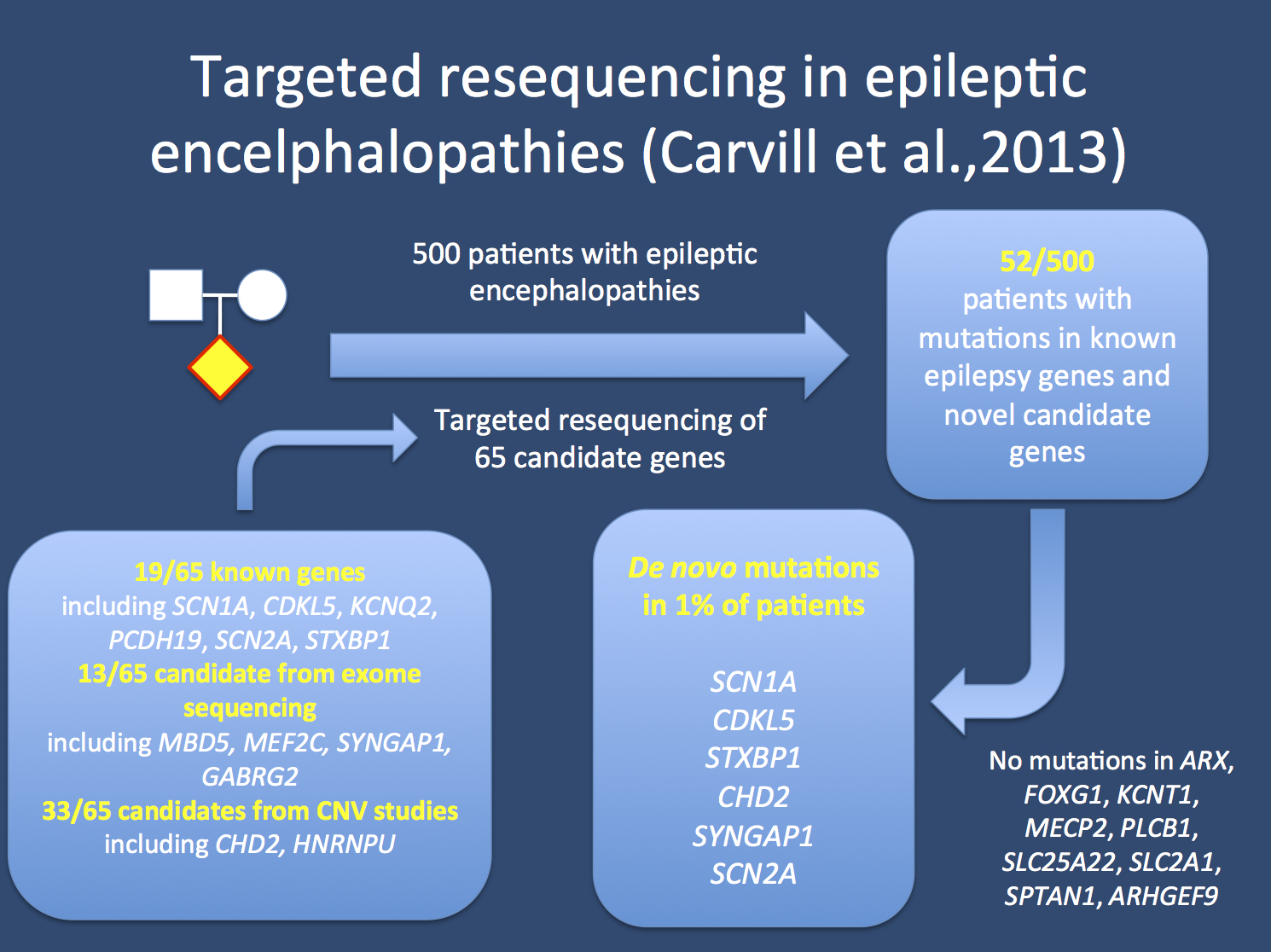 Study by Carvill et al. The authors performed targeted resequencing of 65 candidate genes in 500 patients with epileptic encephalopathies. They identified pathogenic mutations in 10% of patients with SCN1A, CDKL5, CHD2, SYNGAP1 and SCN2A as the most promising genes. Candidate genes were derived from a list of known epilepsy genes, genes derives from CNVs studies (copy number variants) and genes from earlier exome studies. Of note, mutations were not found in a list of other promising candidate genes including SLC2A1 (GLUT1), suggesting that these genes are rare and associated with specific syndromes.