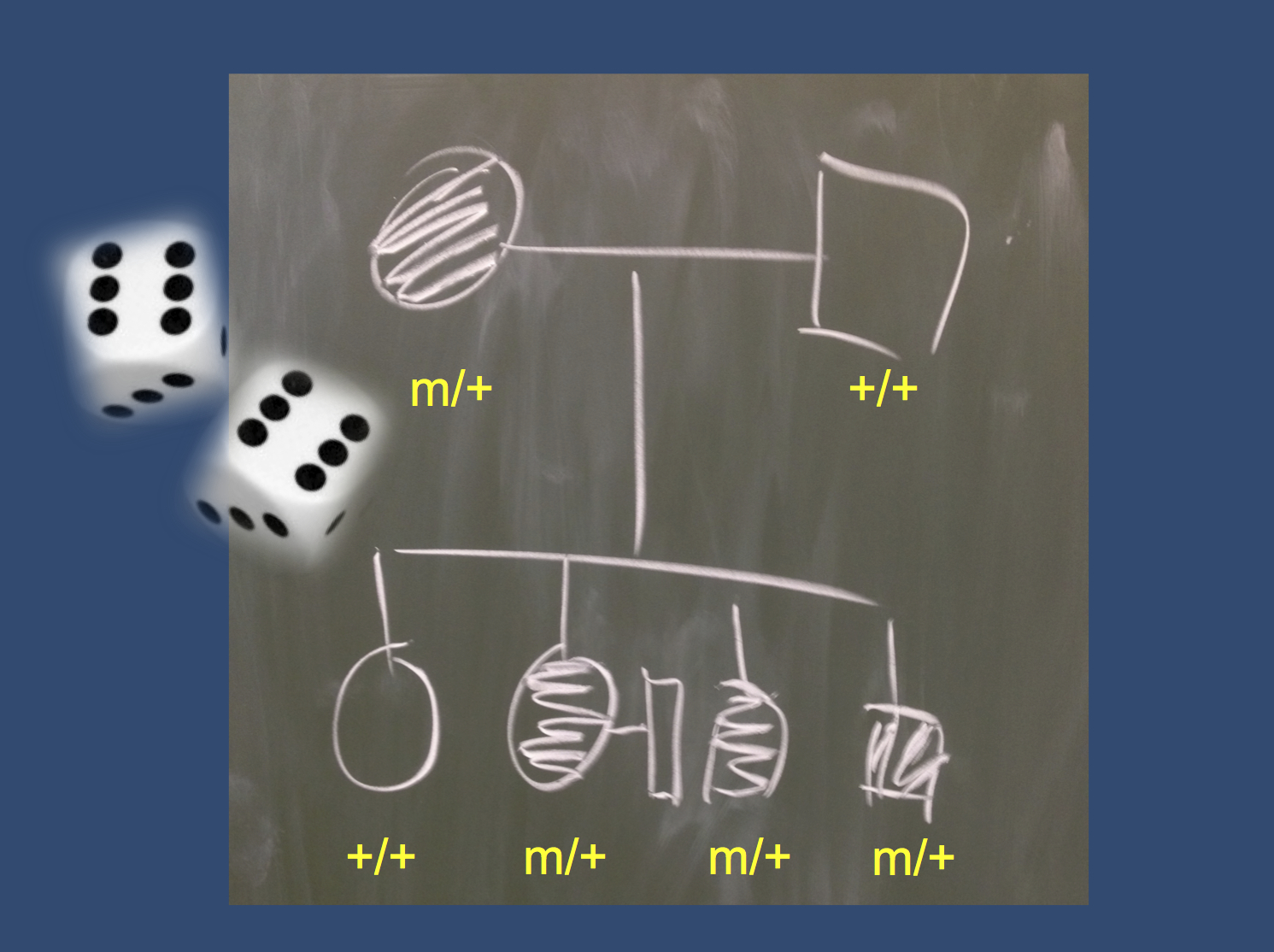 An example pedigree (photograph taken at the EuroEPINOMICS General Assembly in Tübingen). The constellation of a variant completely segregating with the disease is a matter of how many variants were tested. If only a single variant was analyzed, the probability is already twice as high as rolling two “sixes” simultaneously. When more than one variant is tested, this probability may even rise to more than 95% in this family.