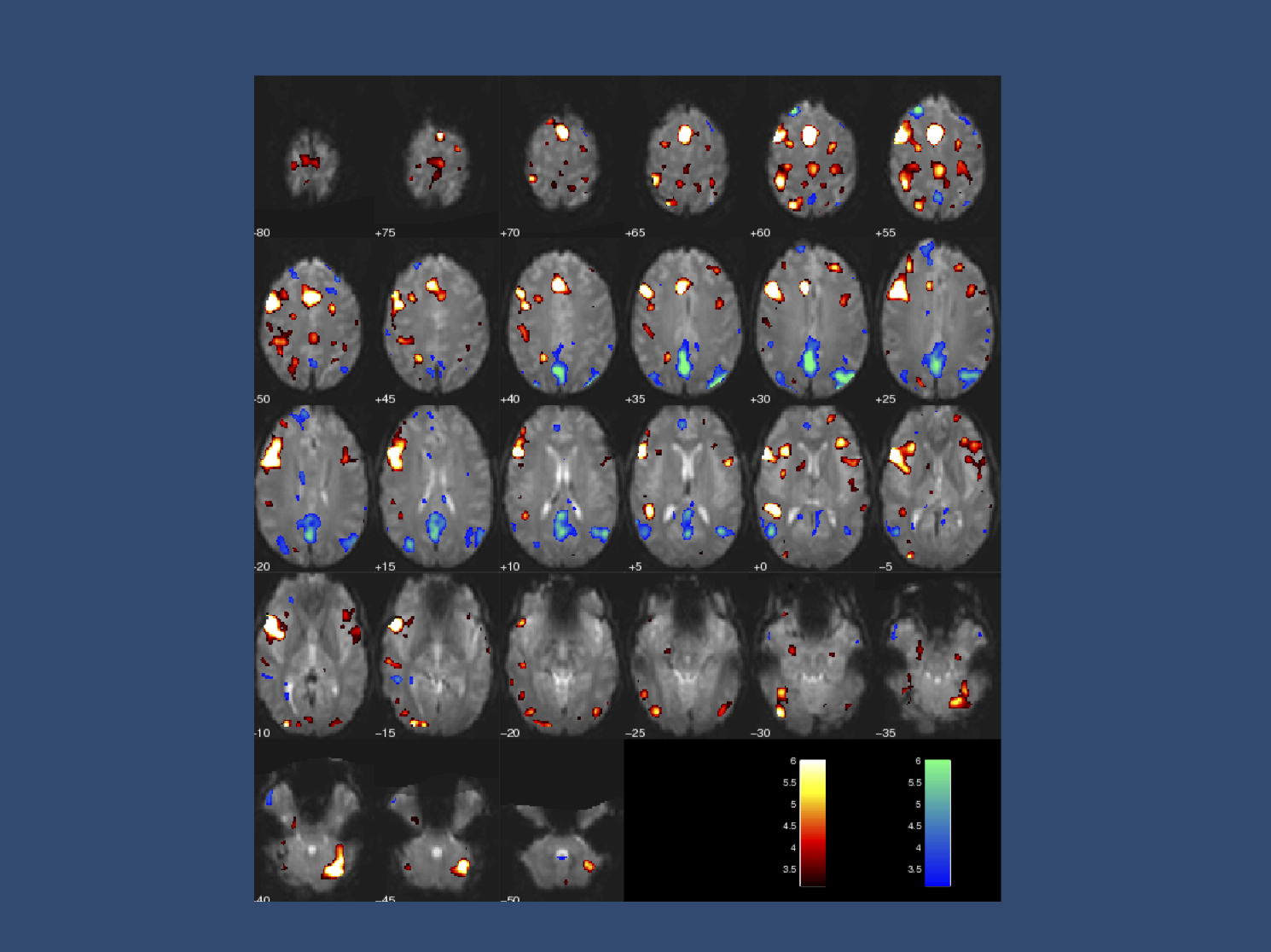 In early 2008, I managed to fail as a control in a functional MRI study performed in the Brain Research Centre in Melbourne, Australia. The colorful blobs indicate activation of brain regions during speech. It took me a minute to realize that my speech was actually on the wrong side, likely as a consequence of some alterations in my left hemisphere, as is regularly observed in people who stutter. I was supposed to be a control for an epilepsy study, but they probably took me out.