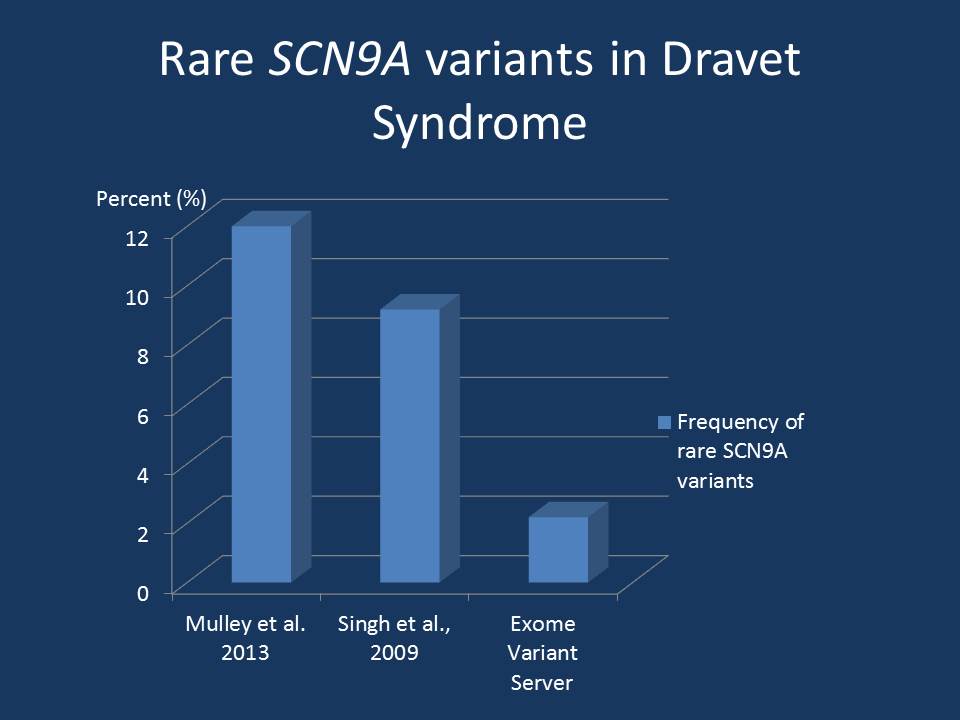 Frequency of rare variants in SCN9A in patients with SCN1A-positive and SCN1A-negative Dravet Syndrome. There is a five-fold enrichment of rare SCN9A variants in patients with Dravet Syndrome. Most of these variants are inherited, while the SCN1A mutation is usually de novo. This suggests that mutation in SCN1A may only result in Dravet Syndrome if occurring on a particular genetic background. This, hypothesis, however, would suggest that de novo mutations in SCN1A would also be seen frequently in other phenotypes.