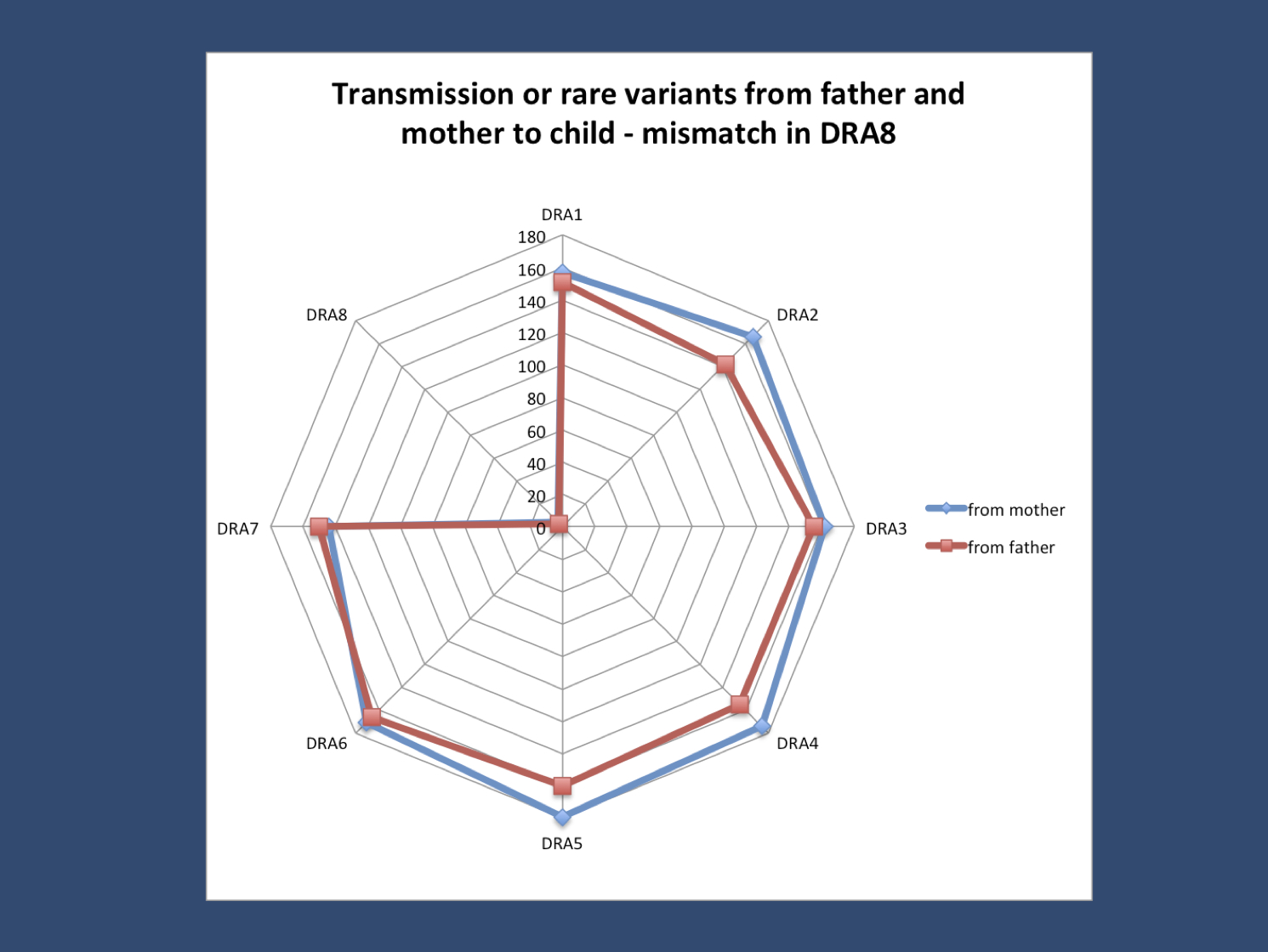 This plot shows the number of rare variants transmitted from each parent to the child in a sample of patient-parents trios. Rare variants were defined as less than 1% in the 1000 Genomes project and Exome Variant server with sufficient read depth (>15) and absent from segmental duplication. The number of rare variants transmitted from father and mother appears to be quite stable between trios – with the exception of DRA8, where the proband does not seem to be the parents’ child.