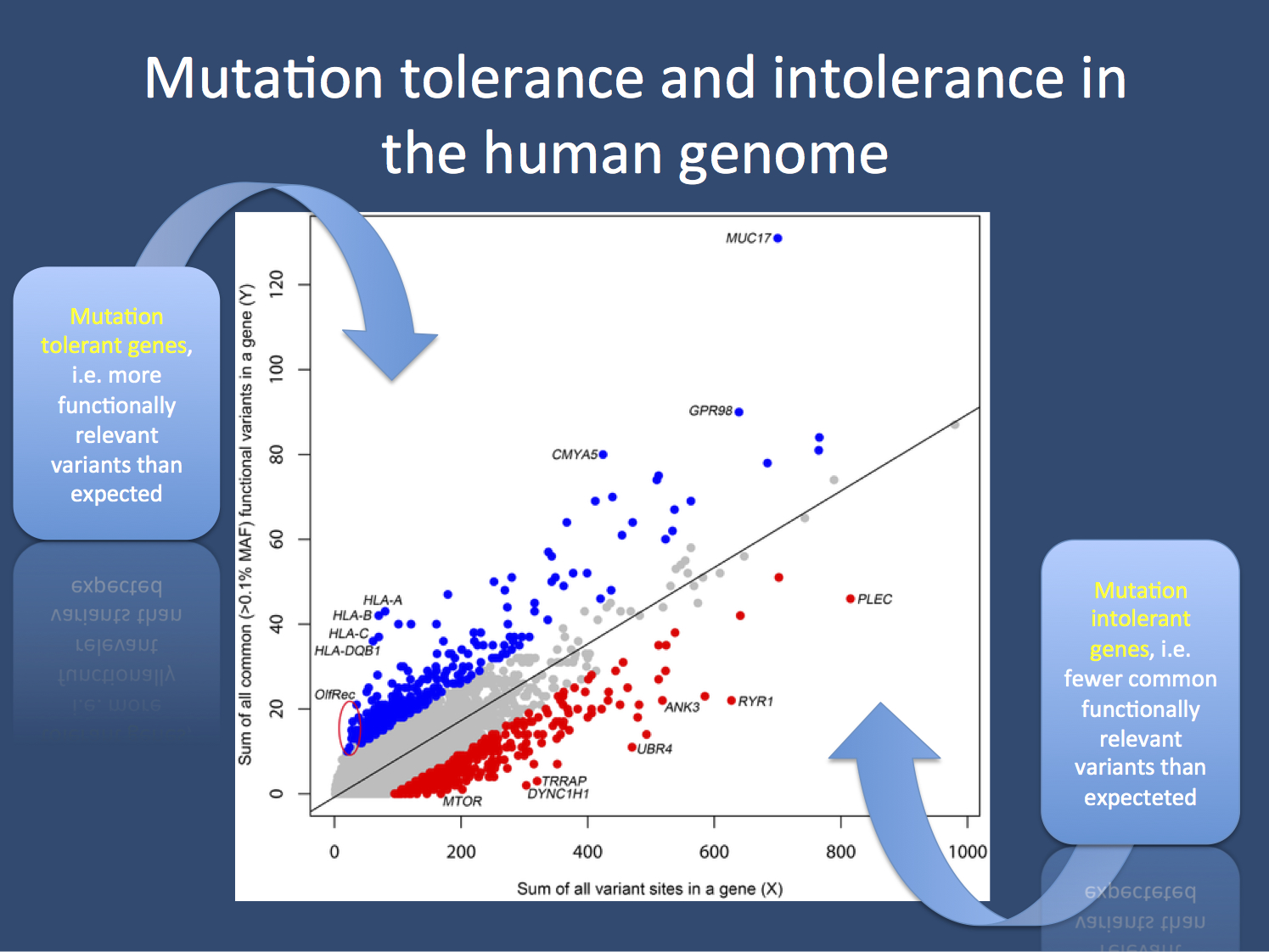 The landscape of mutation intolerance. Figure 1 taken from the publication by Petrovski and collaborators. The genes in the human genome are plotted based on the number of all variants in a genes (X) compared to the number of common functionally relevant variants (Y). For example, some HLA genes harbor a relatively high number of common functionally relevant mutations compared to the overall variant load. On the other hand, genes like MTOR or RYR1 have fewer functionally relevant variants than expected. This comparison between X and Y is called the Residual Variation Intolerance Score (RVIS). An RVIS 0 mutation tolerance. Many of the genes in epileptic encephalopathies are amongst the top 10-15% of mutation intolerant genes. (Figure adapted base on the Creative Commons Attribution License (CCAL) of PLOS Genetics from http://www.plosgenetics.org/article/info:doi/10.1371/journal.pgen.1003709)