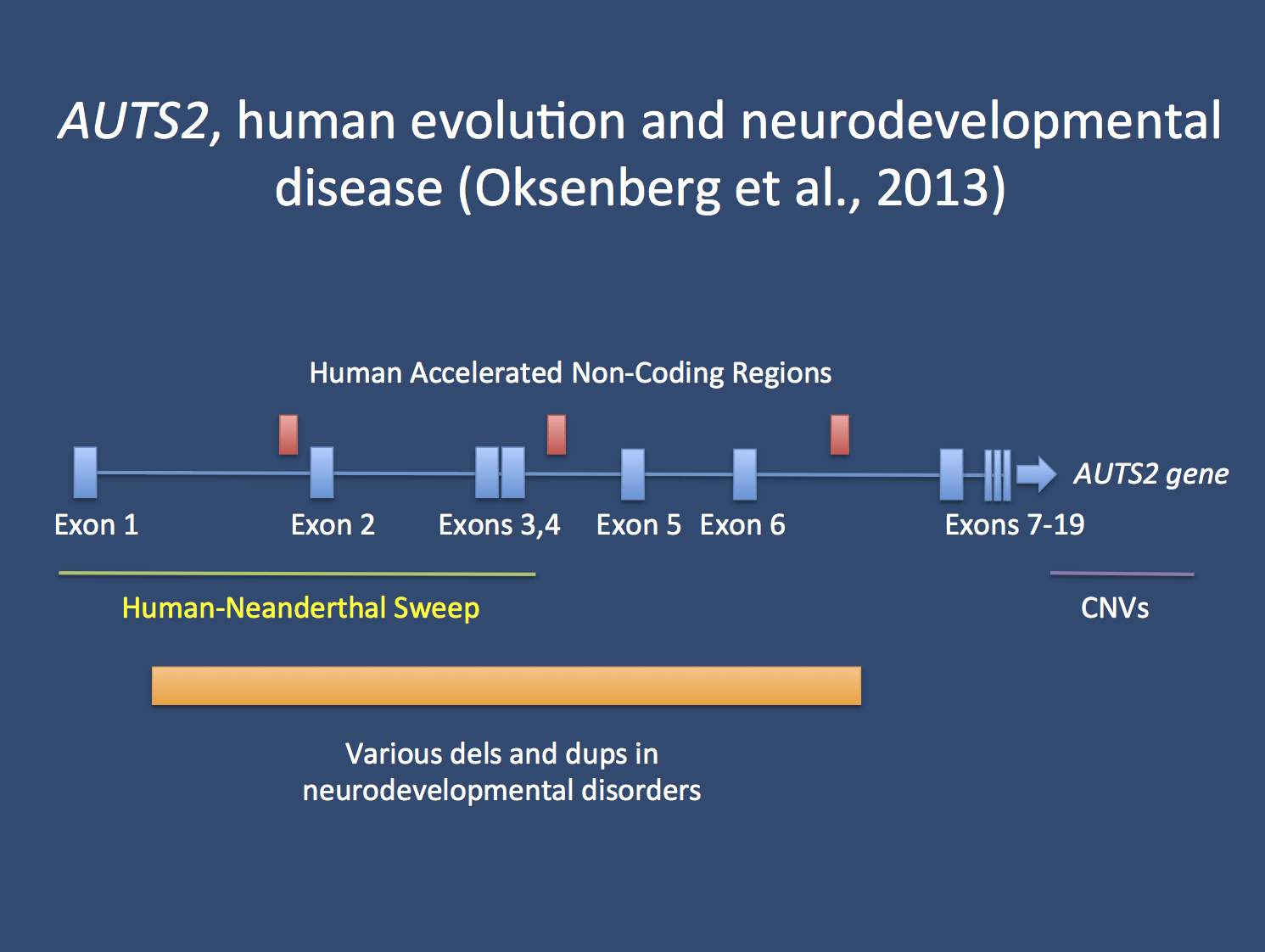 The structure of the AUTS2 gene. The first half of the AUTS2 gene lies within the most significant selective sweep region in the human genome when compared to the Neanderthal genome. In addition, various non-coding regions that show accelerated evolution in humans are located within the introns of AUTS2. Deletions and duplications within this part of the AUTS2 gene are found in patients with various neurodevelopmental disorders. Common copy number variations are only found downstream, but not in the sweep region.