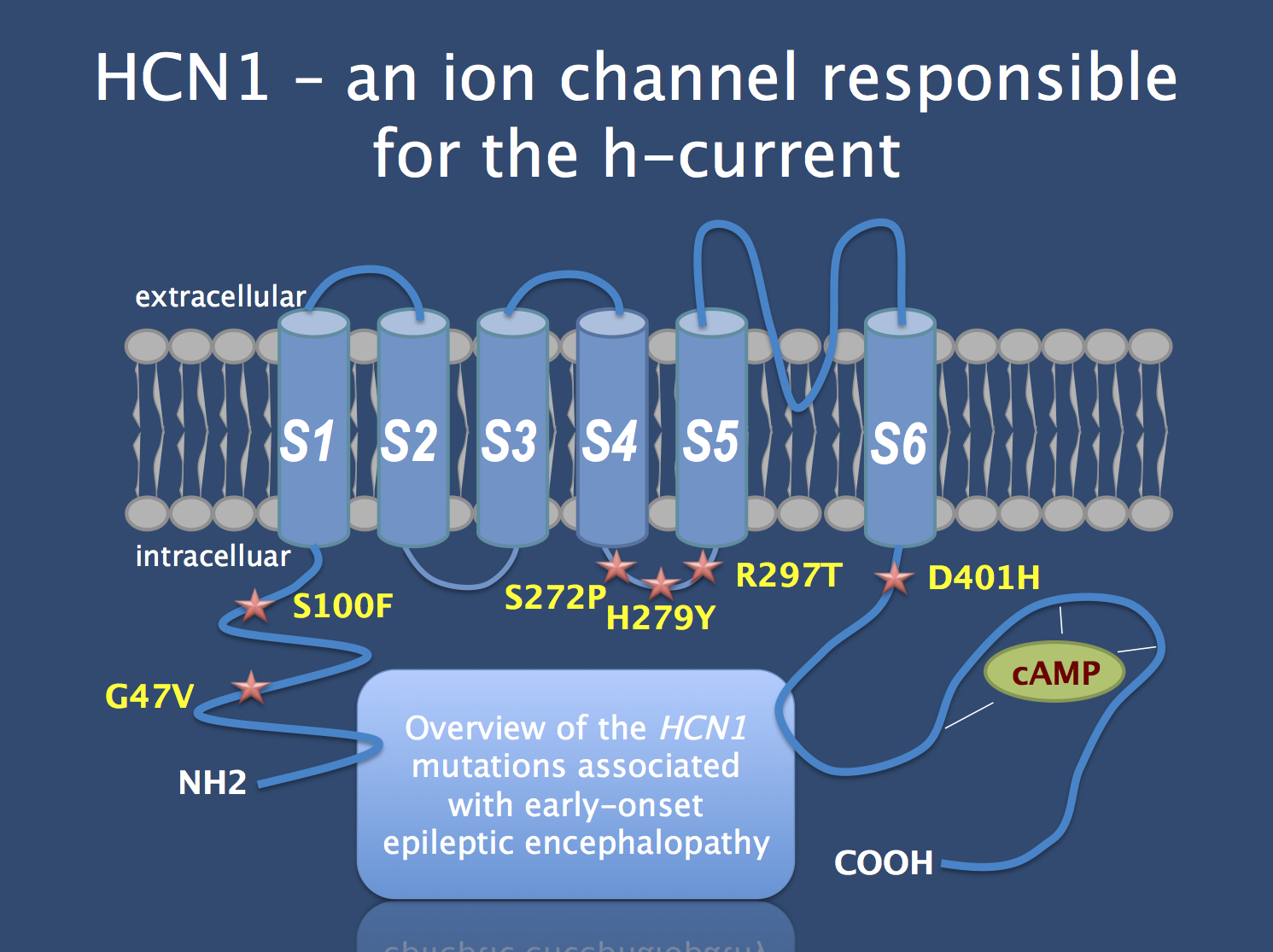 Schematic of the HCN1 channel with the protein alterations caused by the mutations identified in patients with Dravet-like epilepsy. In 5/6 patients, the variants were confirmed to be de novo. When studied functionally, some mutations lead to a gain-of-function while other mutations results in decreased channel function. The phenotype of patients with HCN1 mutations resembles Dravet Syndrome with an unusual progression into atypical absences and autistic features (non-copyrighted preliminary version of figure provided by author)