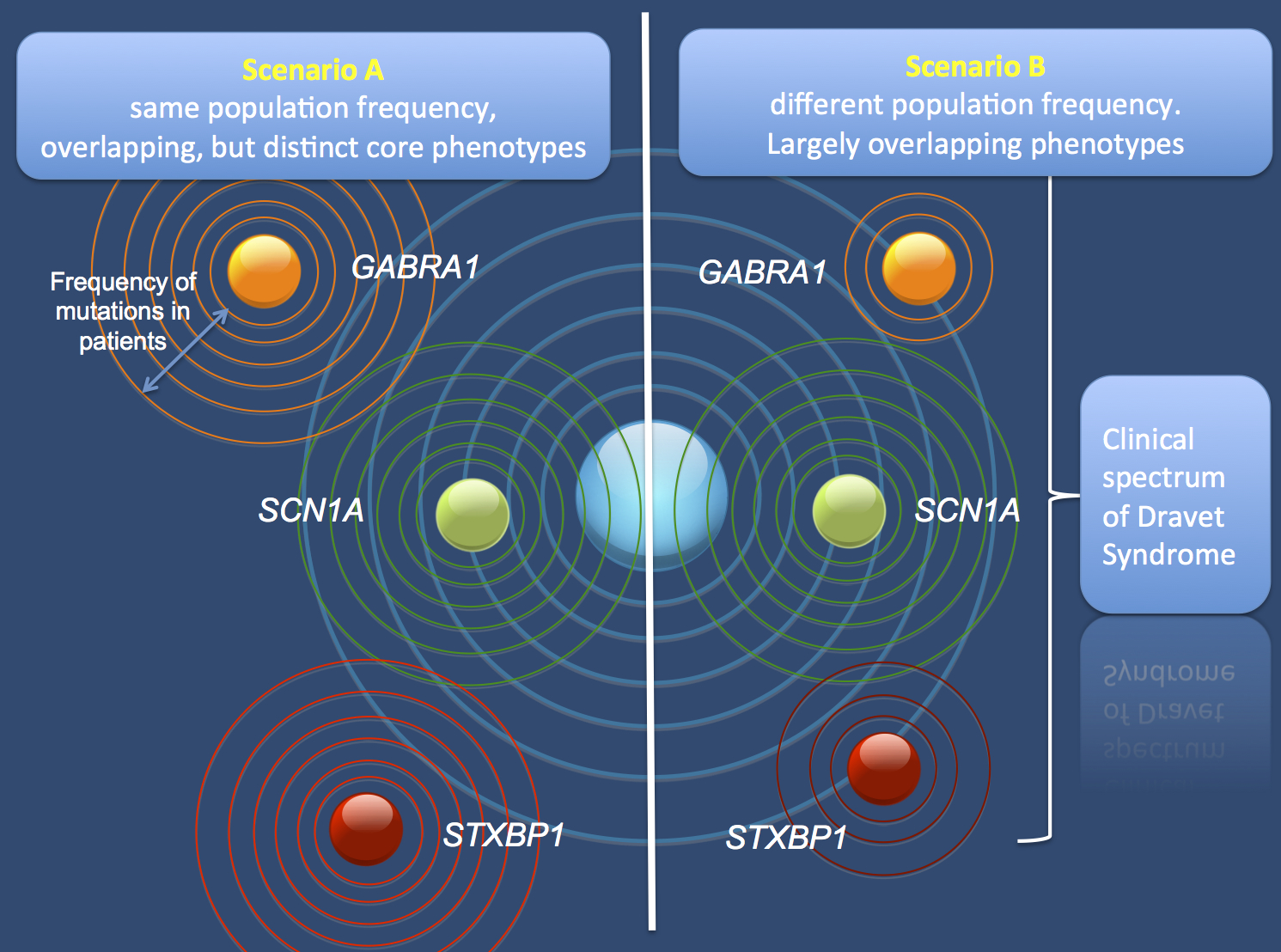 The two scenarios on how mutations in SCN1A, GABRA1, and STXBP1 may result in Dravet Syndrome. According to Scenario A, all mutations have an equal probability of occurring, but the phenotypic range is different. The “core phenotype” would describe the most characteristic phenotype with these mutations, but may be different for all three genes. According to Scenario B, the phenotypic range is similar, but the mutations have different probabilities of occurring. Scenario B would stipulate that all phenotypic differences suggested so far for these genes might be the results of recruitment bias. According to the recent literature, Scenario A is favored over Scenario B.