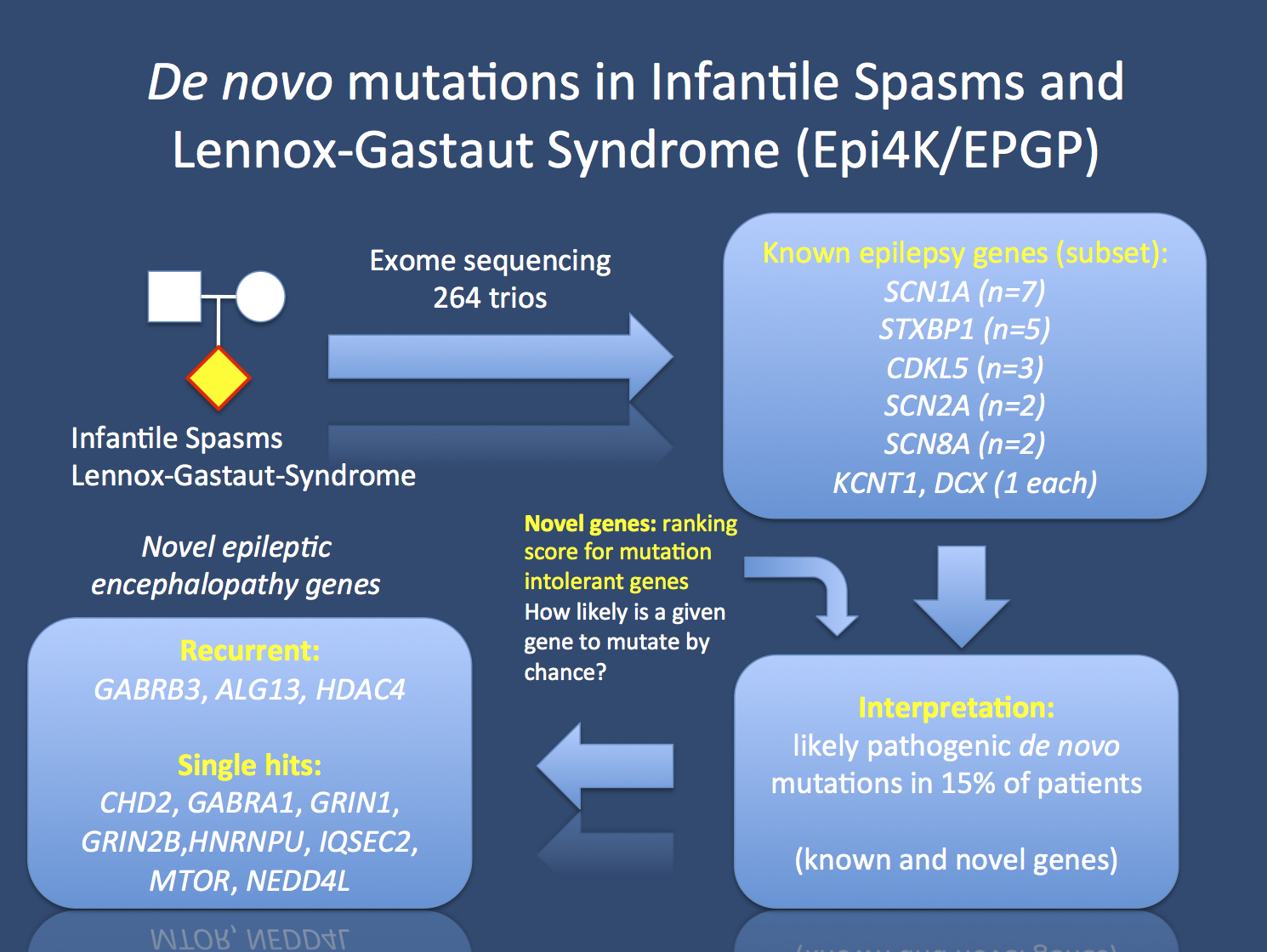 Study design of the Epi4K/EPGP study. The authors sequenced 264 patient parent trios with Infantile Spasms or Lennox-Gastaut Syndrome. They identified 329 de novo mutations. Mutations in ~15% of patients were considered diease-causing based on the fact that (a) genes involved are known genes for epileptic encephalopathies, (b) mutations in genes were found more frequently than expected by chance or (c) mutations were found in genes that were considered mutation intolerant based on available population data.