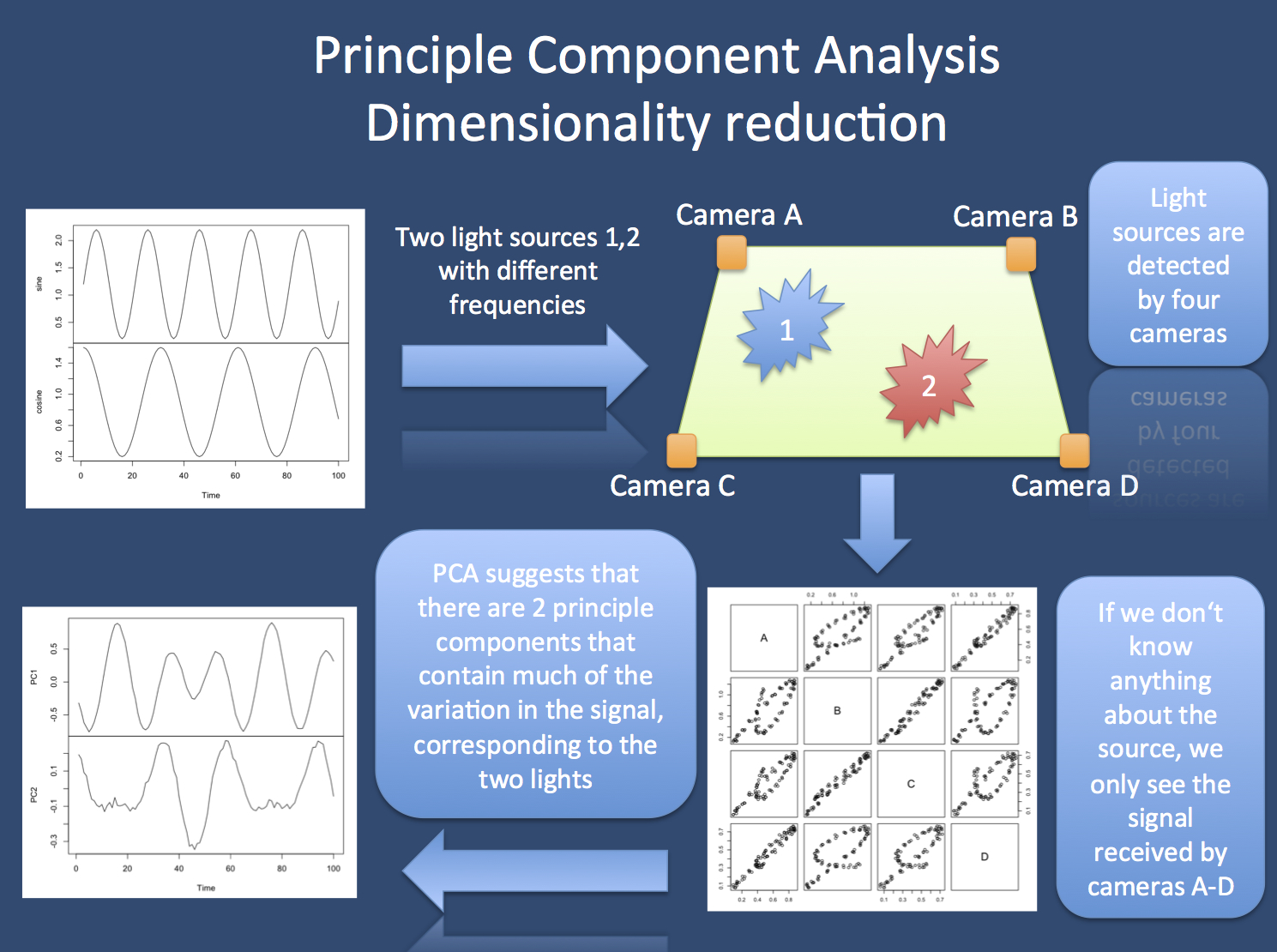 Principle Component Analysis (PCA). As I have struggled recently with the concept and methodology of PCA for a different project, I wanted to use a 5-min-do-it-yourself example to demonstrate what this method does. Imagine you have two light sources in a room that are captured by four cameras. If we only know the signal received by the cameras, it is not immediately clear whether we are dealing with the signal from one, two or more sources. When looking at the principle components of the signal received by the four cameras, we find that there are basically only two principle components that capture much of the variation in the signal, suggesting that we are dealing with two independent sources rather than one source. Also, the frequency of the source signal can almost be reconstructed through the first two principle components. In genetic studies, the principle components may correspond to artefacts, batch effects or population stratification. After PCA analysis, the data can be corrected for the main principle components on a group level.