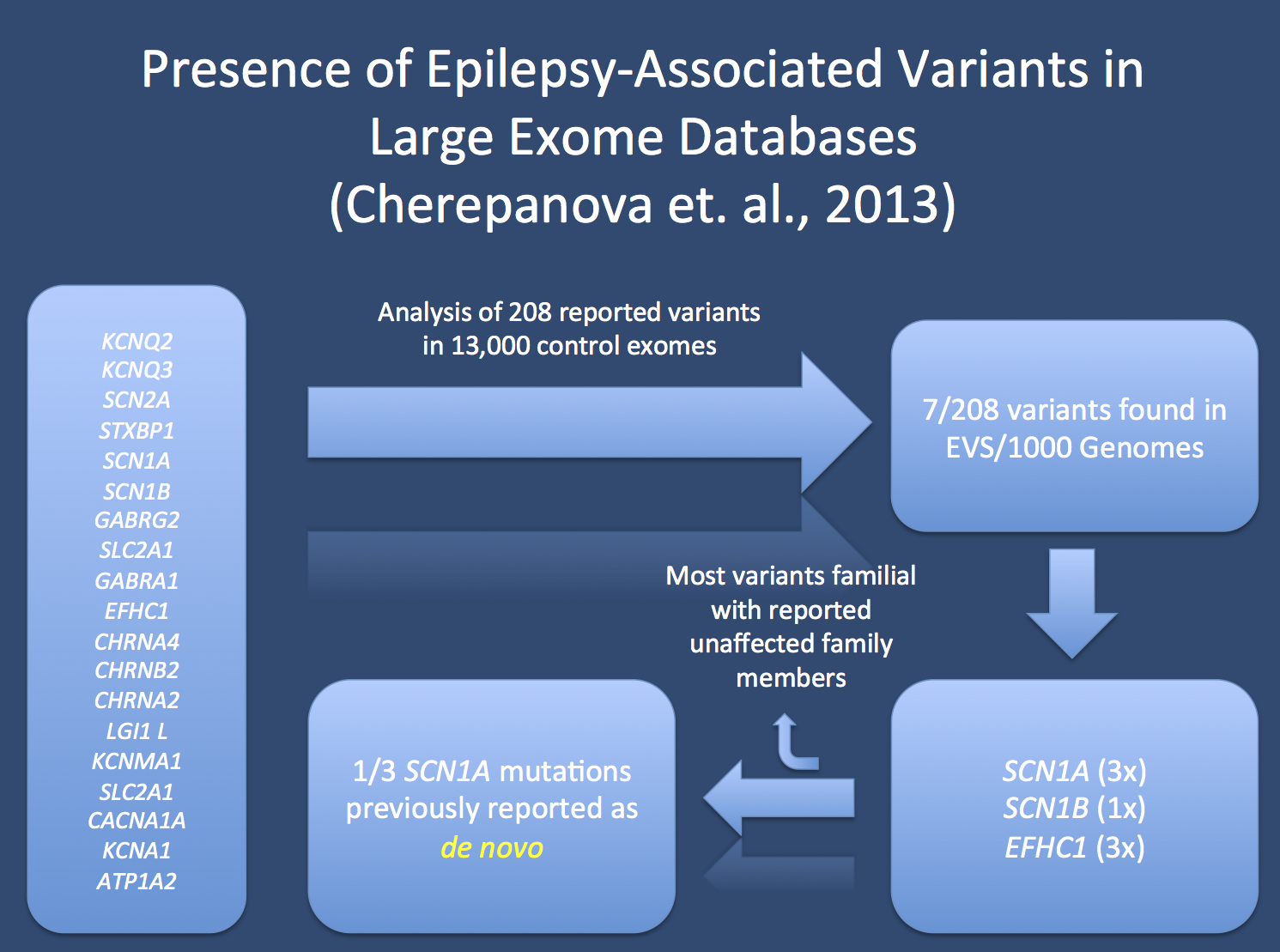 Study by Cherepanova et al. on the presence of epilepsy-related genetic variants in large exome datasets. The authors queried the Exome Variant Server and the 1000 Genomes Project for reported pathogenic variants in 19 genes known to cause epilepsy. The identified 7 variants present in these databases, including one SCN1A mutation previously reported as a de novo mutation in a patient with Severe Infantile Multifocal Epilepsy. In addition, three EFHC1 mutations appear at low frequency in these databases and are reported in 40-100 individuals in these databases.