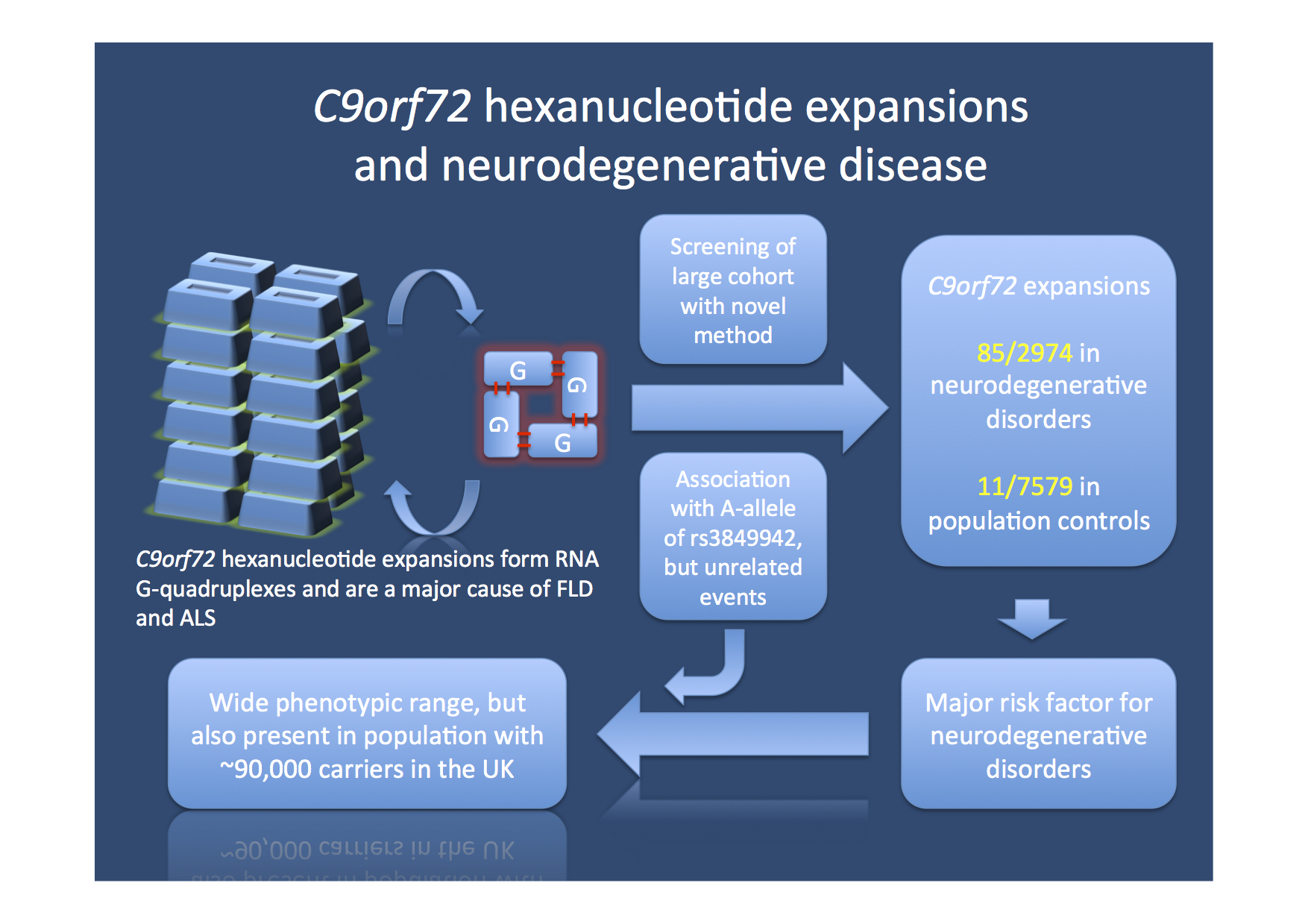 Study by Beck and colleagues. C9orf72 expansions are thought to produce so-called RNA G-quadruplexes, stable secondary structures that may interfere with normal cellular functions. The authors developed a novel method for rapid screening for these expansions and investigated both a group of patients with various neurodegenerative disorders and population controls. They find these expansions to be present in a more diverse group of patients than previously anticipated. Also, up to 0.2% of the population are carriers of these massive expansions.