Looking back. This is our final blog post for 2022 and a good opportunity to look back at what happened in the last 12 months in epilepsy genetics. In brief, it was a busy time and if I were to look back at 2022 in a few years, I would probably characterize this year as a transitional year. Antisense oligonucleotides, gene therapies, and other novel treatments are on the horizon, but the field is not quite there yet. For this blog post, I would like to put the focus on five discoveries in 2022 that did not receive as much attention on our blog as they probably should have. 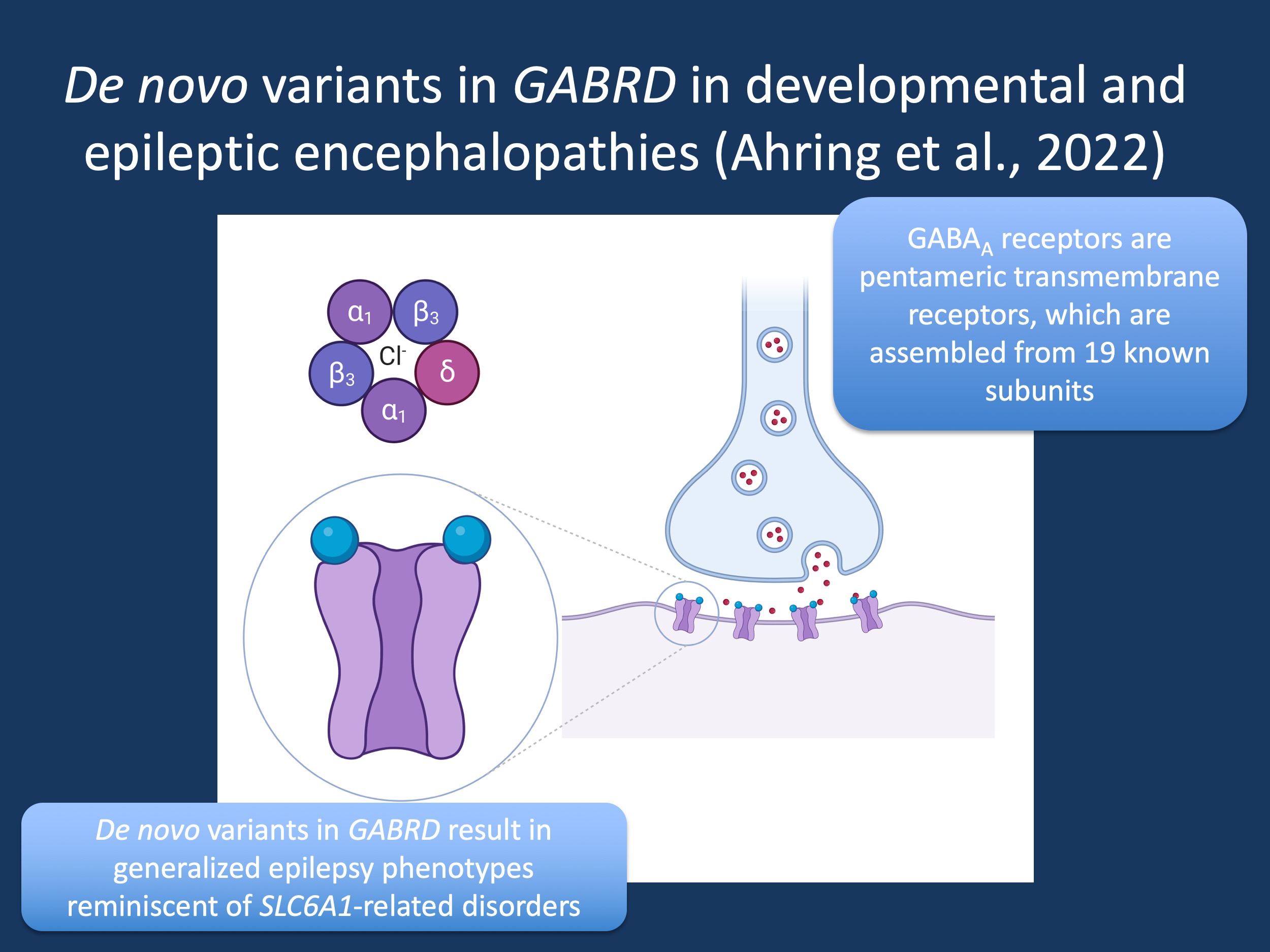 Figure 1. In this blog post, we are looking back at the main discoveries of 2022 in the epilepsy genetics field, particularly studies that did not receive much attention on our blog. We selected the discovery of GABRD as a genetic etiology for generalized developmental and epileptic encephalopathies as one of the most important, but underreported, findings of 2022. GABRD had initially been suggested as a susceptibility gene, but initial studies predate the current exome era. The study by Ahring and collaborators now re-discovers GABRD as an epilepsy gene.

Major themes. There are several important themes in 2022 that I am purposefully not covering in this post as we have already written about them in the past. These major themes include the recognition of SCN1A gain-of-function variants, expansion of the DNM1 spectrum, common variants in Febrile Seizures, and large-scale functional analyses in KCNQ2. This post, however, will focus on discoveries that you may not have heard about yet.

#1 – GABRD. In 2022, Ahring and collaborators reported individuals with de novo variants and inherited variants in GABRD, the delta subunit of extrasynaptic GABA-A receptors. In addition to adding another GABA-A receptor gene to the panel of epilepsy genes, this finding is notable for two reasons. First, GABRD is one of the few genes that were re-discovered. Prior studies had suggested GABRD as a susceptibility gene, but the literature was conflicting. Now, the role of GABRD is better established. Second, functional studies suggest a close link to SLC6A1-related disorders and the phenotype of individuals with GABRD-related disorders mirrors the spectrum of generalized epilepsies seen with variants in SLC6A1.

#2 – RELN. Yes, I already wrote a blog post about Reelin, but had it not been for GABRD, the re-discovery of Reelin as a disease gene would have been my favorite gene discovery of 2022. Interpretation of RELN variants is complex as the gene is very large with many variants of uncertain significance (VUS). Accordingly, the prior literature had been inconsistent. However, Di Donato and collaborators made a very compelling case, demonstrating the co-existence of several disease mechanisms associated with RELN-related disorders.

#3 – CLDN5. The integrity of the blood-brain barrier (BBB) requires careful maintenance and claudin-5 is the most enriched tight junction protein. In 2022, two publications assessed the spectrum of phenotypes associated with variants in CLDN5. Deshwar and collaborators describe de novo variants in CLDN5 in a complex syndrome of developmental delay, infantile onset focal epilepsy, microcephaly and a recognizable pattern of pontine atrophy and brain calcifications. In addition, Hashimoto and collaborators demonstrated that the recurrent c.178G>A (p.G60R) variant causes alternating hemiplegia. Given that alternating hemiplegia of childhood (AHC) is a very rare neurological phenotype typically linked to disease-causing variants in ATP1A3, this discovery is noteworthy.

#4 – SLC32A1. This gene really surprised me. SLC32A1, encoding the vesicular GABA transporter, had been suggested as a candidate gene for Genetic Epilepsy with Febrile Seizures Plus (GEFS+) in 2021 by Heron and collaborators. However, interpreting the validity of a new candidate gene based on small families with autosomal dominant inheritance is difficult. In 2022, Platzer and collaborators now identify de novo variants in SLC32A1 in a complex neurological phenotype of infantile-onset epilepsy, intellectual disability, and a choreiform movement disorder. Taken together, SLC32A1 can therefore be considered a gene with phenotypes ranging from GEFS+ to epileptic encephalopathies, paralleling the spectrum of many other GEFS+ genes such as SCN1A, SCN1B, GABRG2, and STX1B.

#5 – FZR1. The FZR1 gene encodes a subunit of the anaphase-promoting complex, an important cell cycle regulator during the development of neurons. In 2022, Manivannan and collaborators reported de novo variants in FZR1 in individuals with developmental and epileptic encephalopathies. Notably, two individuals with de novo FZR1 variants had Myoclonic Astatic Epilepsy (MAE) or Doose Syndrome, adding FZR1 to the relatively small group of genes that are recurrently found in individuals with MAE. The reason why this publication made it on our list is the fact that the initial gene discovery stemmed from our EuroEPINOMICS MAE working group that was established more than decade ago. This gives our EuroEPINOMICS project a sense of completion and highlights the long-lasting impact of this consortium on the epilepsy genetics field.