PRS. While monogenic epilepsies are the main genetic etiologies diagnosed in clinical practice, the majority of the genetic epilepsies is not explained by single, strong genes. In contrast, on a population level, the main genetic risk for epilepsy is explained by common genetic variants. While these variants had been largely inaccessible in the past, recent studies have been successful in identifying these variants and understanding the joint risk for epilepsy that are conferred by multiple genetic factors. When assigned to individuals, this joint risk is typically measured as polygenic risk scores. In a recent study, we demonstrate that this finding extends to familial epilepsies, which are highly enriched for extreme polygenic scores. However, in the very moment that I was trying to type the first lines of this blog post, a similar study in schizophrenia appeared online, showing exactly the opposite. Here are some thoughts on why polygenic risk is not as straightforward as you would expect. 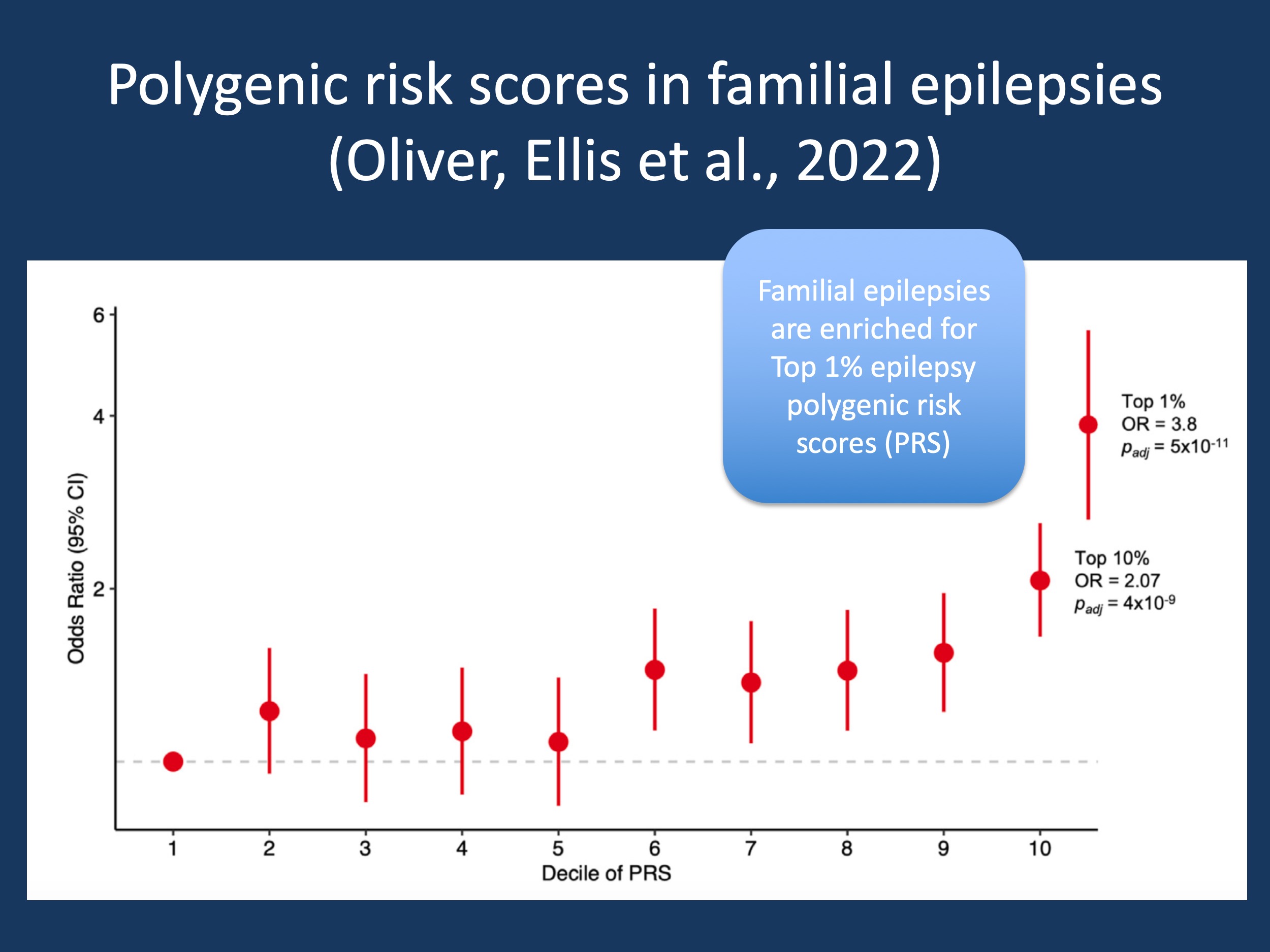 Figure 1. Familial epilepsy cases by decile of Epilepsy PRS. Familial epilepsy cases were assigned to PRS deciles derived from the population control distribution. Odds ratios are the odds of being an affected case relative to the lowest decile, denoted by dashed grey line. Image is from Figure 2 in https://doi.org/10.1016/j.ebiom.2022.104079 under a Creative Commons license

Familial PRS. In brief, the study by Oliver, Ellis, and collaborators demonstrates that affected individuals in 1,181 epilepsy families have higher polygenic risk scores than singleton, unaffected relatives, and population controls. The message of the study is straightforward and intuitive. If we assume that polygenic risk contributes to the risk of epilepsy, it is reasonable to expect that this risk clusters in families, a fact that has previously also been shown in other conditions such as migraine. In contrast, the same does not appear to be true in study by Ahangari et al on schizophrenia where affected individuals from multiplex families do not have an increased PRS score compared to singletons. These contrasting findings provide some insight into the complexity of PRS in neurological disorders. Here are three thoughts about PRS in families:

1 – We need new paradigms to measure PRS in families other than p-values
I initially had the somewhat naïve idea that PRS somewhat “flows” through families, that there is a discernable pattern that could be distinguished. Well, it is not that easy. The study by Oliver, Ellis, and collaborators took an interesting approach by looking at enrichment of extreme PRS. For example, affected individuals from multiplex families have a roughly two-fold risk to have Top 10% PRS and an approximate four-fold risk for a Top 1% PRS. These measurements help to translate the common p-values into measures of risk that allow us to better understand the magnitude of risk.

2 – PRS are risks and play by their own rules
A two-fold or four-fold risk for extreme PRS is impressive, but it has unexpected consequences when we try to understand how this risk may run in families. First, as these scores are extreme, they can somewhat be compared to rare variants or Copy Number Variants (CNVs). For example, the two-fold risk for Top 10% PRS can be compared to the risk of the 15q11.2 microdeletion in GGE, the four-fold risk for Top 1% is comparable to the risk of the 15q13.3 microdeletion. Both copy numbers do not really segregate in families in the same way as monogenic variants would. Therefore, we would expect a similar pattern for extreme polygenic risk scores in families.

3 – Absence of significance does not mean absence of enrichment
The study by Ahangari and collaborators demonstrates that there is no discernible increase in PRS in affected individuals from multiplex families compared to singletons. At first glance, this may imply that PRS in schizophrenia families is conceptually different from epilepsy families. However, these results may not necessarily be comparable. First, the authors did not show that there is no difference – they just demonstrated that there is no significant difference. However, as can be seen in the confidence intervals in Figure 3 of the study by Ahangari and collaborators, the true values in PRS in familial and sporadic cases can actually be quite different. They are likely not largely different, but quantifying PRS and comparing effect sizes across studies will likely be difficult in any future study.

What you need to know. A recently published study on familial PRS in schizophrenia threw me off initially when I was trying to make the case that there is evidence across of range of disorders that familial cases, including the epilepsies, have higher PRS than singleton cases. However, studies are not necessarily comparable and the enrichment in familial cases is always likely to be small – while familial cases are roughly four times more likely to have Top 1% PRS scores, more than 90% or affected individuals from multiplex families will not have extreme PRS. This makes polygenic risk an ongoing challenge for the future.