Ion channels and brain malformations. When the “channelopathy” concept first emerged – the idea that dysfunction of neuronal ion channels leads to neurological disease including epilepsy – it seemed implausible that such dysfunction could lead to malformations of cortical development. However, recent research has suggested that ion channel dysfunction may indeed be linked with brain malformations. In 2017, we saw convincing evidence that germline de novo variants in GRIN2B can cause malformations of cortical development. Some suggestive, but less conclusive, evidence has also linked SCN1A and SCN2A to brain malformations. Now Fry and collaborators demonstrate that de novo pathogenic variants in GRIN1 can also cause significant polymicrogyria, expanding the phenotypic spectrum of GRIN1-related disorders. As a disclaimer, I am also a co-author on the publication by Fry and collaborators. 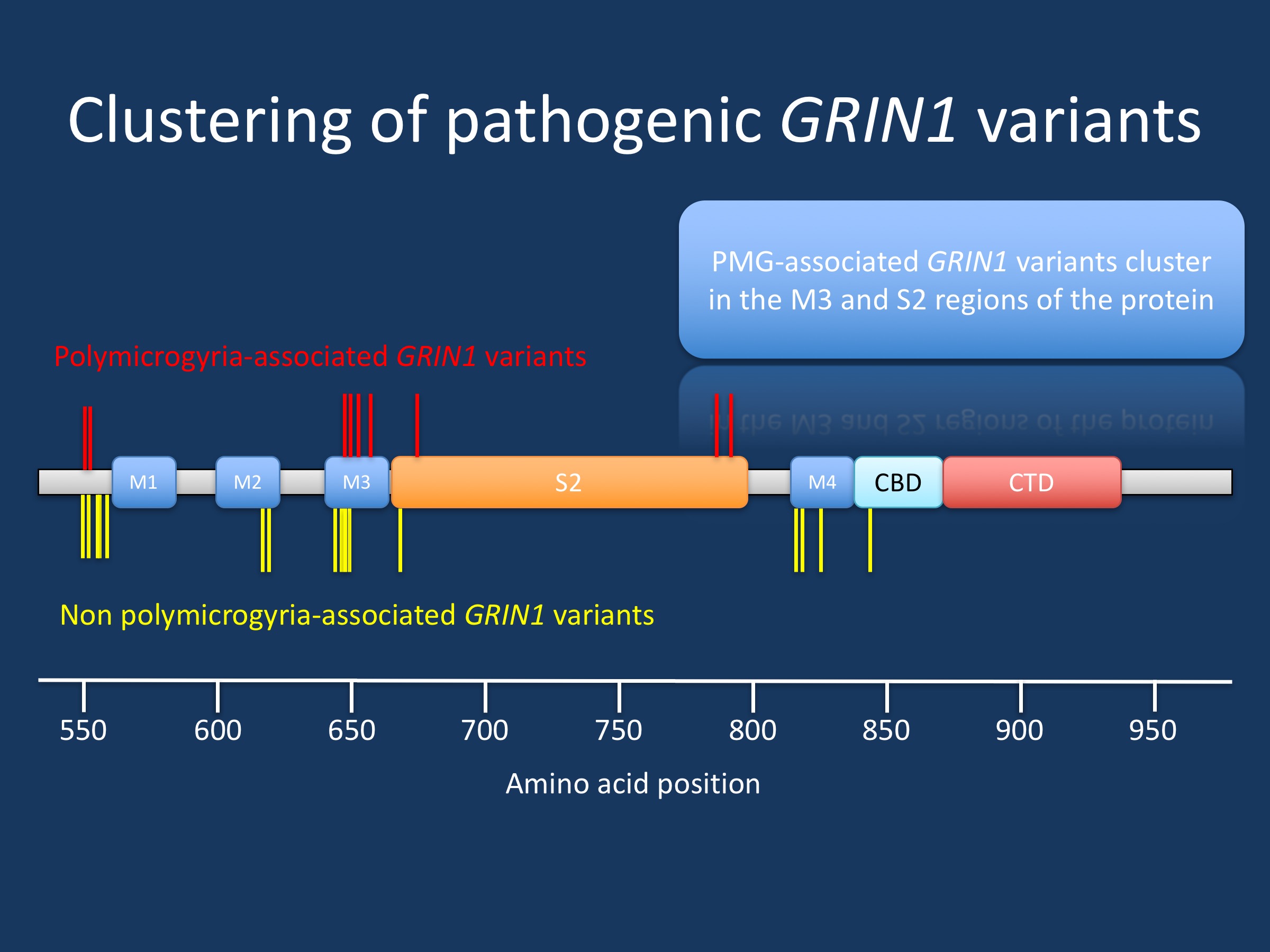 GRIN1-related polymicrogyria. Fry and collaborators have identified de novo pathogenic variants in GRIN1 in 11 individuals with significant malformations of cortical development and associated neurodevelopmental disorders. MRI features included extensive bilateral cortical malformations, most consistent with polymicrogyria primarily in the frontal and parietal regions. One of the de novo GRIN1 variants was identified in a 22-week gestational age male fetus, with abnormal thinning and sulcation of the cerebral cortex, hypoplastic corpus callosum, and ventriculomegaly. This suggests that GRIN1-related cortical malformations may be detectable prenatally.

Implications for precision medicine. It is likely too early to say whether or not these findings will directly influence precision medicine decisions for families affected by GRIN1-related disorders. However, the suggestion of genotype-phenotype correlations does provide additional evidence that may help in a clinical context. This research suggests that gain-of-function variants are most likely associated with a brain malformation phenotype whereas individuals with GRIN1-related disorders without brain malformations are more likely to have loss-of-function variants. Memantine, which is an NMDA receptor blocker, would theoretically be more useful for people with a confirmed gain-of-function variant. However, additional research is needed to investigate the usefulness of memantine in a clinical context, particularly for patients who have an underlying brain malformation.