KCNA2. We have previously discussed KCNA2 and that pathogenic variants in this gene can lead to a spectrum of neurological phenotypes. Pathogenic KCNA2 variants were first recognized in individuals with early-onset developmental and epileptic encephalopathies and have subsequently been found also in individuals and families with hereditary spastic paraplegia, episodic ataxia, and milder epilepsies. KCNA2 encodes the Kv1.2 potassium channel, a delayed rectifier class of potassium channel that enables neuronal repolarization after an action potential. A new study by Masnada and colleagues provides clinical and functional data from 23 patients, representing the largest KCNA2 cohort reported to date. Within the KCNA2-related encephalopathy spectrum, it now seems that there may be three distinct phenotypes. 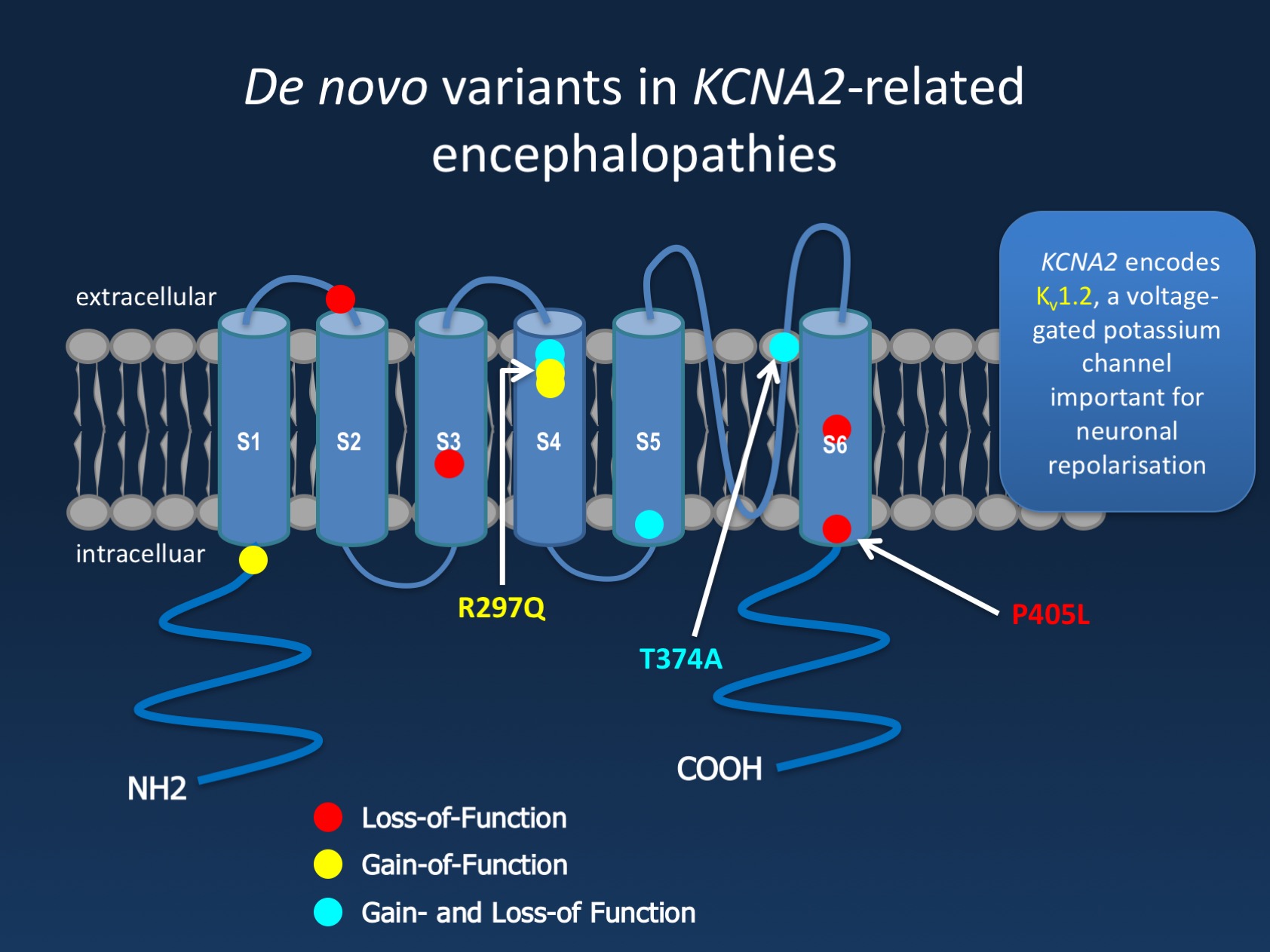