Epilepsiome, meet ClinGen. For more than a year, I have meant to write about the extension of the Epilepsiome effort to our ClinGen epilepsy working group. The overall ClinGen framework is a NIH-funded resource dedicated to building a central resource that defines the clinical relevance of genes and variants for use in precision medicine and research. Within this framework, the ClinGen Epilepsy Working group is a group of curators to apply the formal framework to epilepsy genes. Given the explosion of genetic data, curating epilepsy genes is important as a basis for precision medicine and long overdue. Within our epilepsy working group, we build upon the ClinGen framework to make it applicable to epilepsy genes. Here is what you need to know about epilepsy gene curation. 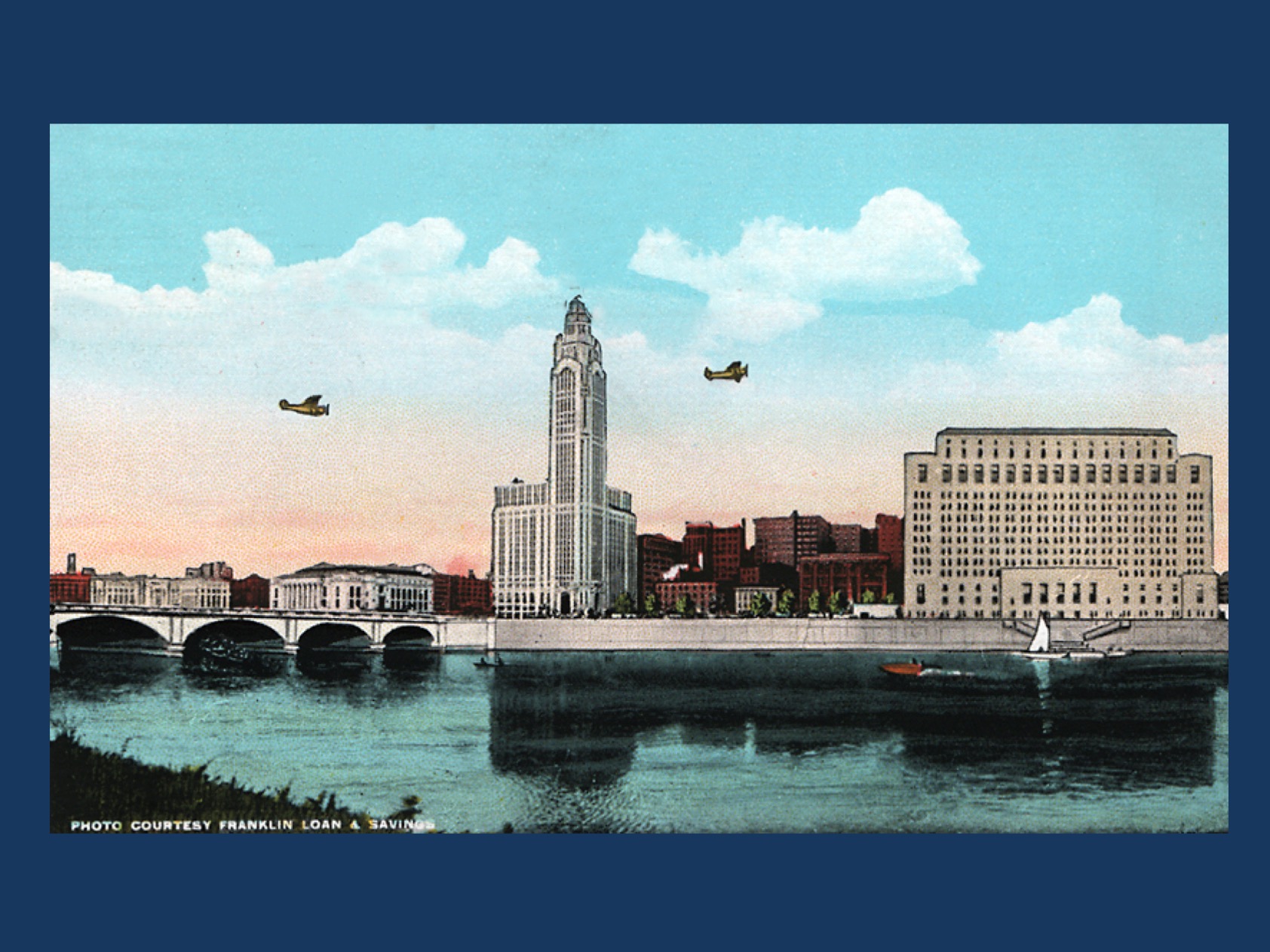 Columbus, Ohio. During my visit to Columbus, Ohio as an invited speaker at the National Society of Genetic Counselors (NSGC), we had dinner in the Leveque tower. The tower once served as an aerial lighthouse to Amelia Earheart during her pioneer flights. For some reason, the light tower analogy stuck with me when thinking about our process to navigate through the jungle of epilepsy genes, trying to figure out the evidence for genes and how to conceptualize phenotoypes and functional evidence within our ClinGen framework (from https://www.flickr.com/photos/sentfromthepast/36194305014 under a CC BY-NC 2.0 licence)

Columbus, Ohio. During the annual meeting of the National Society of Genetic Counselors in Columbus, Ohio, I was able to briefly meet up with Erin Riggs. Erin coordinates our epilepsy working group that is co-chaired by Heather Mefford and myself. We used this opportunity to discuss our working group and our way forward and this discussion was motivation for me to sit down and put this blog post into words that I have been thinking about for so long.

Gene curation. Gene curation basically means that we try to assess the evidence that a given gene is related to epilepsy. In ClinGen, the formal process includes a literature review including the review of genetic evidence and functional evidence, followed by an assessment of this evidence in a predefined matrix. Genes can accrue points for positive evidence, which will then add up to classifying the gene with limited, moderate, or strong evidence. If a gene holds up over time, it becomes a definite gene. If there is contradictory evidence, a gene can become disputed or eventually even refuted. A work-up for any given gene is time consuming and we are currently supported by a motivated and talented gene curator team as we work through the first genes.

Epilepsy gene curation. The role of working groups is to be trained in the formal ClinGen assessment and adapt the formal ClinGen framework to the disease-specific area. It is our role to understand what specific rules we need for epilepsy. For example, during our initial curation work, we already realized that that we need clear guidelines on what is called “precuration” – what is the phenotype that we are actually curating for. For example, should the SCN1A gene be curated for separate phenotypes or for a spectrum of phenotypes. It has already become clear that reconciling our clinical thinking with the overall ClinGen phenotyping framework is not without difficulties.

Phenotypic overlap. The “phenotypic” overlap in the gene curation process is one of the major challenges in diagnostic reports and there are currently no standards for this. This may lead to over- or under-interpretations of variants of uncertain significance depending on how the phenotypic overlap is perceived. The other challenge that we have encountered is the evaluation of functional evidence and animal models. How do we score a knock-out mouse that has ataxia, but not seizures? Should this count towards the evidence for a gene or not count at all? While we are finishing our first genes, we slowly zero in on realistic rules to handle the most common questions in the curation process.

Why curation is important. There are large databases to tell us whether variants in genes have been identified previously and great variant predictions tools that have vastly improved our ability to predict whether a certain variant is benign or possible contributing. While the final decision whether a variant within a given gene is causative for a given disease ultimately cannot be automated, this decision-making process can be supported by the robust frameworks that are being developed. For example, the review of a gene’s PLI  -indicating a gene’s intolerance towards loss-of-function variants- is a standard in our group. Gene curation, the critical review of the evidence for a given gene, is finally at a point where we have standards and ways that variant prediction can facilitate some of our work.  Epilepsy genetic testing is an expanding field and not all genes that are tested for on a diagnostic basis are valid epilepsy genes. Hence, a clear dictionary of genes and their relationship to epilepsy is required to facilitate the diagnostic process and reduce the number of false positive and false negative genetic findings in patients with epilepsy.

Epilepsiome to ClinGen. I am currently completing my 3-year term on the ILAE Genetics Commission and we have slowly moved over the Epilepsiome effort to our ClinGen group, which now provides the new home to our gene curators. Many of our curators started with us in the Epilepsiome and the ClinGen epilepsy group is happy to accept further members to help us tackle the growing body of epilepsy genes. I would like to use this opportunity to thank our “guardians of the epilepsy genes” for their ongoing effort and to acknowledge the ILAE for their support in launching the Epilepsiome initiative.