At this time one year ago, the Epi25 Collaborative, a project of unprecedented scale, got the green light to start sending DNA to the Broad Institute for sequencing. More than 200 epilepsy researchers from nearly every epilepsy genetics project in the world sent 9,000 DNA samples to the Broad Institute for exome sequencing. Epi25 hopes to illuminate the complex nature of common epilepsies, ultra-rare variants, and bring more of the de novo mutations in encephalopathies into the “causative” group. Never before has such a massive collection of epilepsy samples been assembled so swiftly, truly from around the globe, with such grand aspirations. 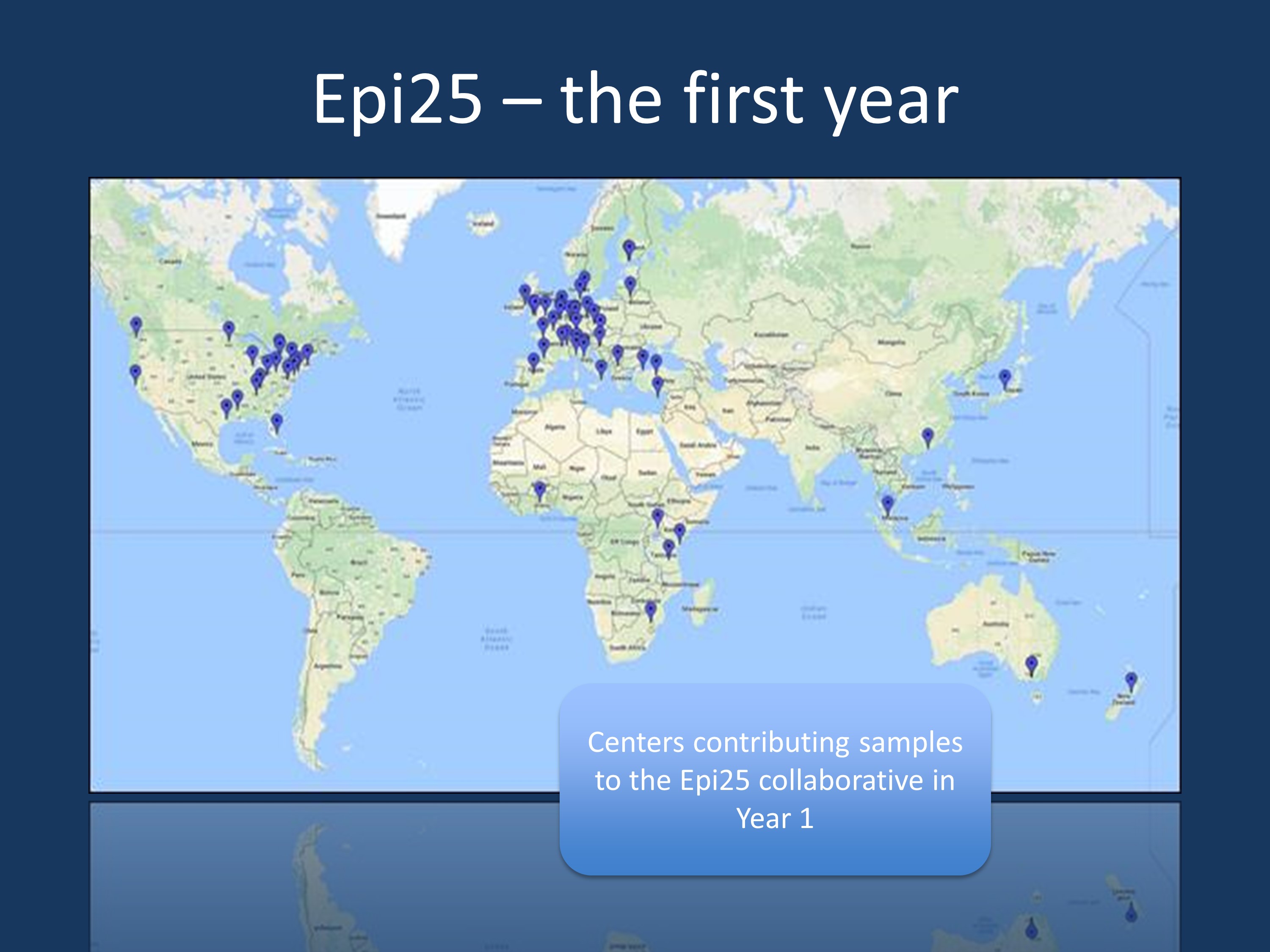 12,000 Exomes. 12,000 exomes have been made available to Epi25 by the Broad Institute and National Human Genome Research Institute (NHGRI), and the sequencing of the first 6,000 exomes commenced in September. As raw data from these samples rolled off sequencers in December, 65 investigators from Epi25 met in Houston at the American Epilepsy Society Meeting. The achievement of Epi25 year 1 has already exceeded expectations, but on everyone’s mind were the discoveries that may be at our fingertips. Epi25 is poised to coordinate beautifully with other large-scale efforts simultaneously underway: thousands of genomes are also being sequenced in autism, for which many identified genes are also implicated in epilepsy. Genomic datasets around the world in intellectual disability also implicate epilepsy genes. Will Epi25’s first year deepen the understanding of epilepsy and the neuropsychiatric disorders that seem to share its genetic underpinning?

Team Science. Data files and variant calls for the first 6,000 exomes are being assembled at this very moment. Building upon pioneering projects by the ILAE Genomics Commission, EpiCURE, Epi4K, Epilepsy Phenome/Genome Project (EPGP), EuroEpinomics, Standard and New Antiepileptic Drug Study (SANAD), and others, the Epi25 consortium is true team science. Its charter is based on the principles of collaboration, communication, transparency, and integrity. Now, as the consortium moves into its phase of primary analysis, these values will drive the team science, guide the leadership, and be the root of all decisions made by the collaborative.

In the long-term, Epi25 will deepen the roots of an international community of individuals committed to curing epilepsy. There will be one dataset for as many as 25,000 genetic sequences—all publicly available—and a linked dataset for critical phenotypic data on all of these samples. Perhaps even more importantly, the collaborative family of Epi25 assures that links to the original research project are preserved, with the wealth of data contained within each original project.

History. There is no question that untangling the complex nature of epilepsy genomics necessitates global team science on the large scale of Epi25. Although epilepsy genetics has made great progress in gene discovery,   many questions remain. As data rolls off the sequencers everyone is wondering— Will new genes be identified? Will previously suspected genes reach the level of genome-wide significance? Are exomes still the best places to be looking for genetic variation that can explain risk for epilepsy? What else can we learn about what appears to be shared genetic influences among epilepsy, autism, and ID? And as we look forward, what can we understand about these genes and gene families that can inform clinical care? Can trials be designed that demonstrate precision medicine for a particular gene? Will there be answers for the millions of patients who keep wondering about the causes of their epilepsy and the treatments that will make them better?

Catharine Freyer is a director of research at the University of California and is working on global epilepsy genetics collaboratives such as the Human Epilepsy Project, the Epi4K PCI Core, and the Epi25 Project, as well as research in stroke and patient education. With Kevin McKenna, she worked on the Epilepsy Phenome/Genome Project.