Pyridoxine. I still remember when I learned about vitamin B6 deficient epilepsy in medical school. One of the residents quizzed me about the first medication to given to a seizing neonate. I suggested phenobarbital, but he shook his head and said “vitamin B6” – which was something that I had never really heard about before. Technically, pyridoxine is not the first-line treatment in neonatal seizures on most protocols, but vitamin-dependent epilepsies are always on the differential in newborns with seizures. Here are a few things about ALDH7A1 that are new in 2016. 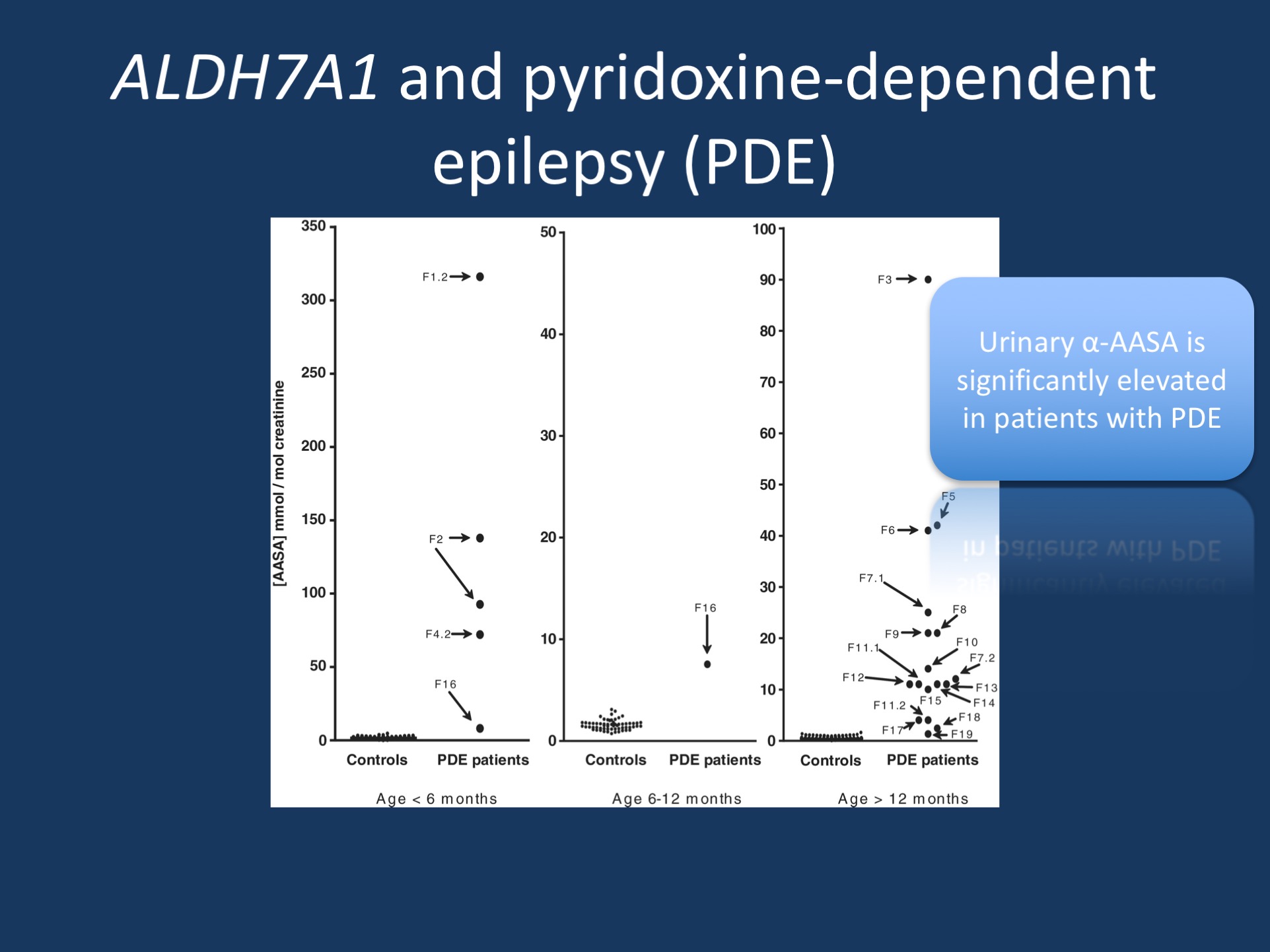 Figure 1 from Mills et al., 2010. Analysis of urinary α-AASA for patients with mutations in ALDH7A1 and age-matched controls. Number of controls measured: age 12 months = 93. Patient F2 had two measurements of urinary α-AASA while under 6 months of age and Patient F16 had α-AASA measured once when <6 months and once when 6–12 months of age. (Modified from http://dx.doi.org/10.1093/brain/awq143 under a Creative Commons Licence.)

Epilepsiome page. This brief blog post is the face page to our ALDH7A1 Epilepsiome page. Alphabetically, ALDH7A1 is the first of an expanding list of approximately 100 genes related to human seizure disorders that we will review systematically in collaboration with the Division of Genomic Diagnostics at the Children’s Hospital of Philadelphia with the support of the International League Against Epilepsy.

Overview. In a recent publication in Pediatric Neurology, van Kaarnebeek and collaborators reviewed the current state of knowledge in vitamin B6-dependent epilepsies, which is also known as pyridoxine-dependent epilepsy. This condition, caused by bi-allelic pathogenic variants in ALDH7A1, has an expanding spectrum with multisystem involvement rather than isolated epilepsy. Here are three main aspects of the disease that were somewhat surprising for me.

1 – Perinatal asphyxia, sepsis, enterocolitis. These three conditions are frequently seen in the newborn intensive care unit, but usually do not raise concern for a metabolic disease in the first place. The fact that patients with pyridoxine-dependent epilepsy present with these features suggests that ALDH7A1 deficiency is a complex multisystem disease that may have presentations outside the Central Nervous System and mimic neonatal encephalopathies due to other causes such as infection or asphyxia.

2 – Neuroimaging abnormalities. Some patients with pyridoxine-dependent epilepsy also presented with corpus callosum and cerebellar abnormalities or white matter lesions, which is also difficult to reconcile with an exclusive seizure phenotype. Particularly the presence of developmental brain anomalies suggests that some of the mechanisms leading to disease are present well before birth and may impair some of the mechanisms that are required for CNS development.

3 – Outcome. Even though seizures can often be adequately controlled by pyridoxine, 75% of patients still have intellectual disability, emphasizing the fact that successful treatment of seizures in genetic epilepsies may not necessarily be linked with a good neurodevelopmental outcome. This fact is particularly relevant, as we often do not consider development as an outcome measure for novel treatments in genetic epilepsies, partially because we often lack appropriate scales and instruments to measure developmental progress.