The story of PCDH19. The clinical features and unique inheritance pattern of PCDH19-related epilepsy were first described in 1971, and the clinical entity was coined Epilepsy in Females with Mental Retardation (EFMR), due to the presence of epilepsy and cognitive disability that seemed to be limited to females. Pathogenic PCDH19 variants were identified in females in 2008, and it soon became clear that PCDH19 is a major player in the genetic basis of epilepsy, with more than 100 patients with PCDH19 variants described to date. The inheritance pattern is one of the most striking features of this condition. Heterozygous females are affected, while hemizygous transmitting males are spared. At the cellular level, the disease mechanism seems to be loss of function. However, at the tissue level, the current hypothesis for the underlying mechanism is gain of function, resulting from the co-existence of two different PCDH19-expressing neuronal populations in females and mosaic males. Keep reading to learn more about recent discoveries related to PCDH19. 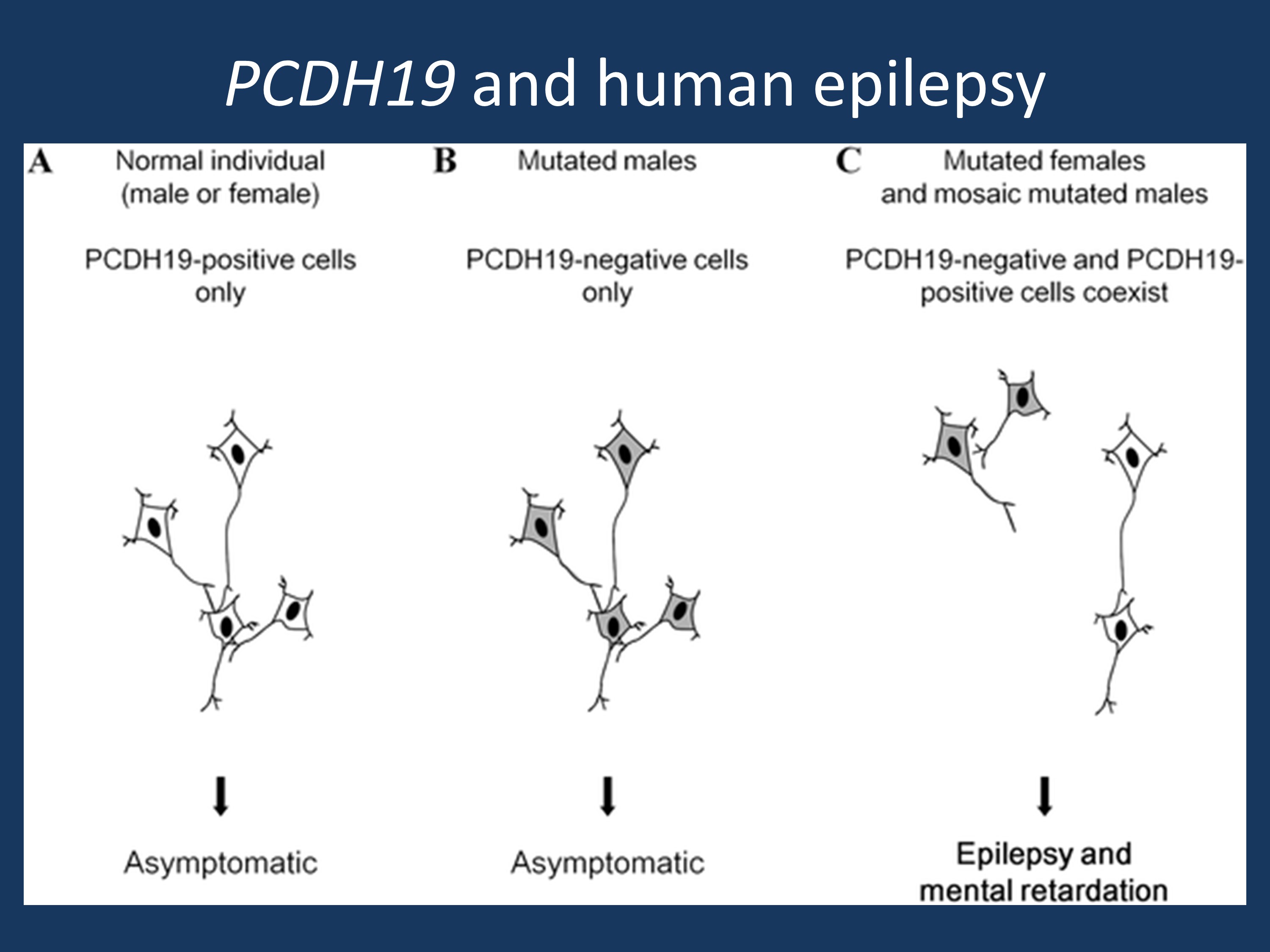 What we are learning about PCDH19. Our understanding of PCDH19-related epilepsy continues to expand. Here are some of the highlights of what we have learned in recent months.

PCDH19 and gene expression. Tan and colleagues recently identified over 90 genes that are dysregulated in females with PCDH19-related epilepsy. AKR1C3 mRNA and protein products were both significantly decreased, as were allopregnanolone levels in the blood. Given these findings, Tan and colleagues propose that neurosteroids may play a role in this form of epilepsy and could be a target for future therapies. A handful of case reports support the efficacy of steroid treatment in treating acute seizure episodes in patients with PCDH19-related epilepsy but more data is needed in order to support this possibility.

More PCDH19 updates. Visit our PCDH19  gene page to learn more about other updates on PCDH19. Take a look at the additional topics that we have added with our revised gene page content, including sections on the clinical perspective, animal models, references, and research.