Today is a big day here at Beyond the Ion Channel – it’s Ingo’s birthday. I clearly remember celebrating Ingo’s birthday a decade ago, while we were living and working together in Melbourne. Back then, life was a little simpler. We were just beginning our careers together at the Epilepsy Research Centre and were a little more fresh faced and greener behind the ears. The GGEs were still the IGEs. Mutation screening was done via dHPLC. Family studies were still the way to go. Genetics was largely confined to the research realm and not a possibility for most patients in clinical practice. A lot has changed in epilepsy genetics in 10 years, and I have been fortunate to have my career run alongside Ingo’s during that time, sometimes running parallel to his and sometimes intertwining. We’ve learned a lot from each other. So what do you give someone like Ingo for his birthday? A blog post, of course. But don’t worry, it won’t be overly sentimental. As Ingo mentioned before, that’s not our style. Here are three things I’ve learned about epilepsy genetics from Ingo over the last ten years. 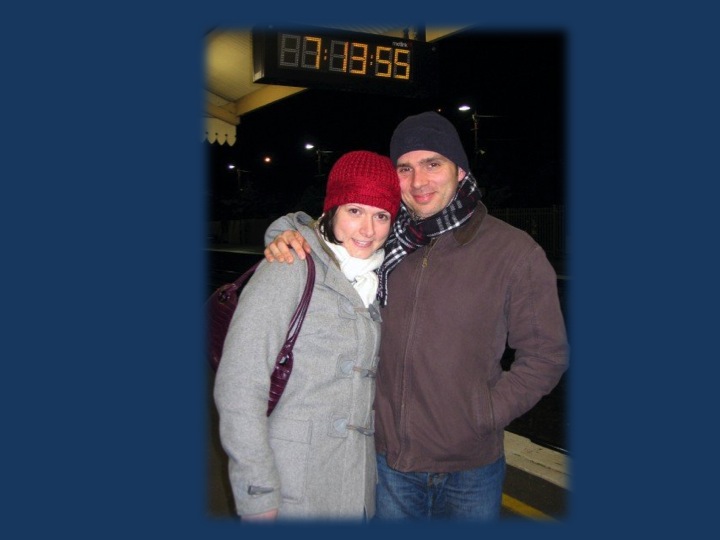 Simpler times. In the era of linkage studies and dHPLC, Ingo and I made our way to an Aussie Rules footy game in Melbourne.

What about your friends? When we moved our family from Germany to the US nearly two years ago, I took a position as a genetic counselor doing reporting and analysis of diagnostic exomes, a completely new and exciting field for me. As I settled into this role, I quickly began to appreciate the importance of having a network of colleagues and collaborators. Not only have I been able to ask my collaborators about suspicious variants from a diagnostic perspective (“What do you think about this KCNQ2 alteration?”) but they have also been invaluable in translating many clinical findings into research opportunities for the families. Ingo and his European colleagues set the model of openness, collaboration, and honesty with their EuroEPINOMICS-RES Consortium, and this spirit of collaboration resonates throughout the epilepsy genetics community. Data sharing, lively email discussions, the collaborative cordial atmosphere at scientific meetings – everyone genuinely enjoys working together. In the era of “Big Data”, I realize now more than ever that in the world of genetics, no man is an island, and the relationships you have with your colleagues are vital to your success.

Always have a stump speech. Now this might sound a little too political at first (especially in the context of an election season that’s heating up). And maybe even a little robotic? But this is a message Ingo has told me repeatedly over the years. By “stump speech” he doesn’t mean a set of talking points to be mindlessly repeated ad nauseam. But what he does mean is to have a message that you’re continuously refining. Have a good understanding of what you’re doing professionally and be able to communicate this in a straightforward and clear way to your audience. By developing a clear sense of my “message” it has allowed me to really understand the work I’m doing, my motivation for doing it, and to develop a vision for the future. And it doesn’t hurt to have a few slides on hand for those last minute talks.

What it’s all about. I joke sometimes that Ingo has found his way back to the bottom of the food chain at CHOP, where he is re-training as a resident. The hours can be grueling. The shifts can be long. I see him answering parents’ emails and phone calls at all hours, sometimes driving into the hospital in the middle of the night. But this is also a reminder of what it’s all about, especially for those of us in diagnostics or research who are no longer on the frontlines of patient care. The ultimate goal of epilepsy genetics is to benefit the patients. To give the families an answer. To help them understand the disease. And maybe one day to develop better treatments or a cure. And Ingo’s dedication to his patients is a good reminder that behind every sample and n = 1 is a family helping us along the way.

So with that I’d like to wish Ingo a very happy birthday!