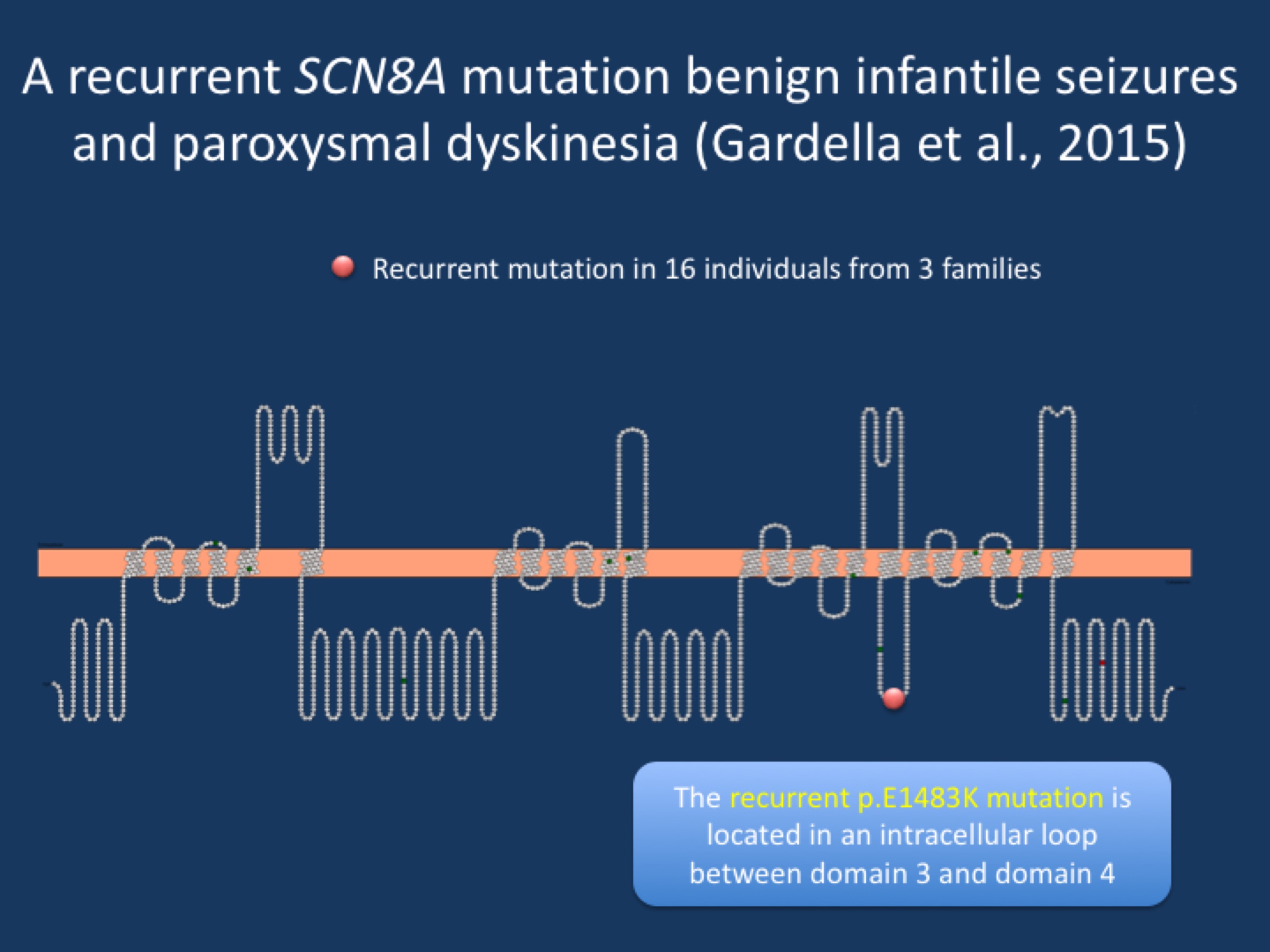 Figure. Cartoon of the SCN8A protein, demonstrating the location of the recurrent p.E1483K mutation. The mutation is located in an intracellular loop, suggesting a specific function of this region that appears to be tightly linked to an uncommon SCN8A phenotype.

SCN8A discovery. In the study by Gardella and collaborators, three families with BFIS/ICCA were found to have an identical SCN8A mutation. All three families were not related, as was shown by the analysis of the haplotypes. In contrast to other SCN8A mutations that affect the pore region of the ion channel, the recurrent p.E1483K mutation is located in an intracellular loop. Loop regions are typically thought of as passive linkers between the transmembrane segment and, comparing across species, are poorly conserved. However, the particular region affected by the recurrent p.E1483K mutation appears to be highly conserved, suggesting that this particular intracellular loop either affects ion channel function or is important for binding to other proteins. The authors do not present functional studies in the current publication, but provide a broad overview of the clinical phenotypes in their patients. It will be interesting to know how this mutation affects the overall function of the SCN8A protein.

This is what you need to know. Prior to the discovery of PRRT2, benign familial infantile seizures were thought to be due to ion channel disorders, paralleling the observation on SCN1A and SCN2A. Finally, in 2015, we have found the ion channel gene that explains at least a small proportion of cases, while the majority of families carry PRRT2 mutations. The BFIS/ICCA families have a recurrent SCN8A mutation, suggesting that this phenotype is very closely linked to the function of this mutation, which codes for and amino acid that is located in an intracellular loop. Future studies will assess how this particular mutation is so specific for an uncommon SCN8A phenotype.