Epilepsy Awareness Month. Today, we have contributed a guest post to this November’s Epilepsy Blog Relay on livingwellwithepilepsy.com. Here are the five things about epilepsy and genes that may be interesting for people with epilepsy to know. Click here. 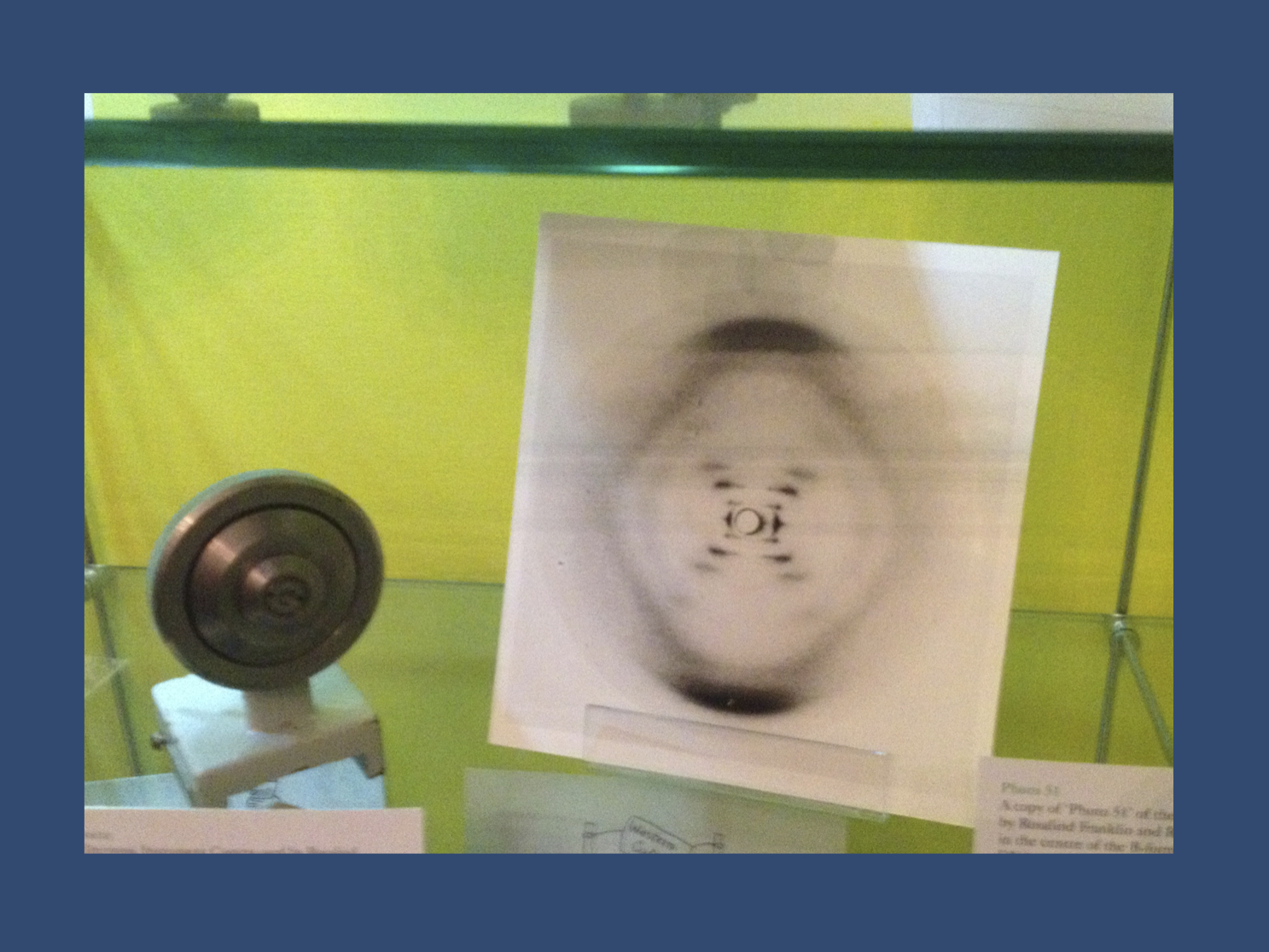 The initial X-ray of DNA by Rosalind Franklin, which led to the suggestion that DNA might actually be a double helix (photo taken at King’s College, London in 2012). In contrast to her peers Watson, Crick, and Wilkins, Franklin did not receive a Nobel Prize.