Boo! Rather than giving you an update about the most recent genes, I would like to tell you a mysterious gene discovery story that reportedly happened a few years ago. It is a story that I heard from a friend of mine. This story took place in a small University town, somewhere in Northern Europe, located on a towering cliff above the sea. 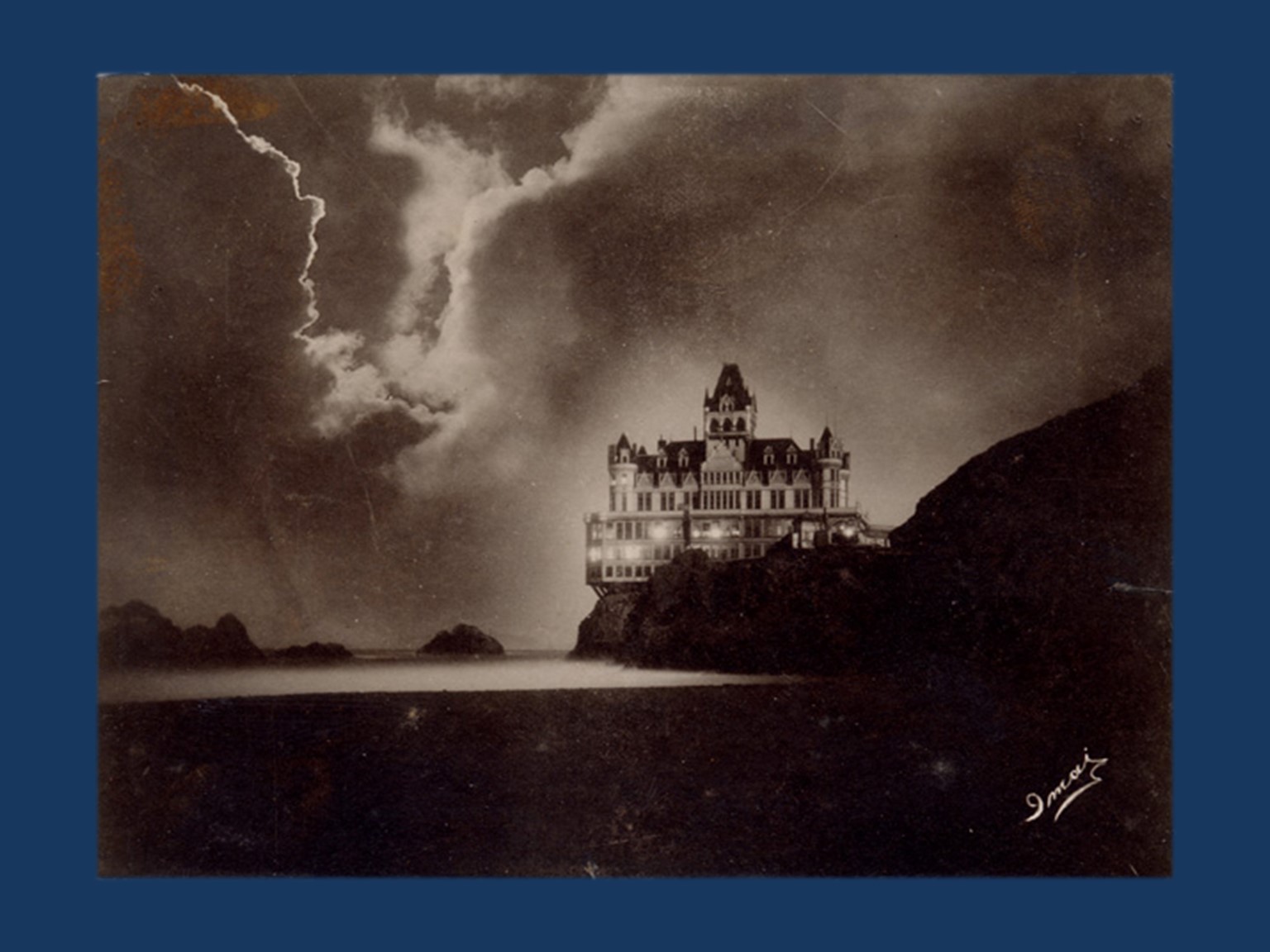 Image of the Cliff House illuminated by lightning, c. 1900. Public domain from https://commons.wikimedia.org/wiki/File:CliffHouseStorm.jpg

Michael had taken over as a group leader a few months ago and was happy to have some initial funds from the University to send off a first exome batch. He had brought samples from his old laboratory and was eager to get the results. He had help from Lara, a graduate student, who was being trained in NGS analysis. Rose, a technical assistant who he inherited from his predecessor, was also working with him. Rose had worked in the Department for more than 30 years.

The mysterious part of the story began when Lara came into Michael’s office and told him that she had found a truncating mutation in a gene named KCNX9 in one of the epilepsy samples. Michael was thrilled. KCNX9 was a longstanding candidate gene, a gene for a neuronal potassium channel with a promising mouse model. However, no human mutation had yet been identified in this gene.

Michael wanted to know what sample this mutation was found in. Lara told him that this was a sample labelled as C179. Michael was not aware that any of his samples was labelled this way. He asked Rose to join them to find out the identity of this sample.

“It was one of the samples from Dr. Muller’s old freezer in the basement,” Rose explained.

“I didn’t know that there was a freezer in the basement. Why did you get a sample from down there for our batch?” Michael wondered. He had given Rose precise instructions to pipette the samples that he had listed in an Excel table on the main lab computer.

“Because you added this sample yourself and it was on the list of samples to be sent.”

All three of them checked the Excel table and C179 was in fact entered as a sample to be sequenced.

“I don’t understand this. Who added this sample to the list? I don’t even know that this sample exists. When was the list last changed?”

Michael was confused, as he was the only person who worked on this list, and he was very sure that he did not enter this sample ID. He pulled up the information on the file. The last modification of the file had been made on October 31st, shortly after midnight. Neither Michael, Rose nor Lara had access to the lab at nights.

“I went down to the basement the next morning and the old freezer was unlocked. The box with the samples was at the top, so I assumed that you had looked through the samples the day before. I thought that the dean gave you a key to the old freezer,” Rose continued.

“I never got a key for it, I don’t even know of this freezer.”

Michael was getting increasingly confused. They went down to the basement to look at the freezer, but it was locked, and nobody in the building seemed to have a key. Since Michael was about to have a meeting with the dean of the biology department anyway, he asked him about the old freezer, stashed away in a dark corner of the basement.

“Since you are continuing Dr. Muller’s work somehow, I would say that it’s yours. Have a look inside, and if you don’t have any use for it, just throw things out.”

“What was Muller working on, and why did he leave?”

The dean was getting visibly uncomfortable.

“He disappeared. We never really found out what happened. He was gone one day and did not show up for a lecture that he was supposed to give. The police mounted a full investigation into his disappearance, but it went nowhere… There were some rumors, though.”

“One of his lab books washed up on the beach down by the cliffs a few days later. Barely legible, but his name was engraved, so we know it was his. People assumed that he jumped off the cliff that night…Let me get the book. The police had no use for it, so we kept it.”

The dean stood up and walked over to a bookshelf while he continued to talk.

“He once used to be a promising young researcher, but then he got stuck chasing after a gene that did not quite pan out. He was … wait, this is strange,” the dean almost jumped backwards after he pulled out a weathered lab book from the shelf.

The dean was holding a lab book, a single, dark handprint obscuring its cover.

Slightly shaken, Michael went back to the lab. Rose and Lara joined him, and they went down to the basement of the old biology building, to the dark corner where Dr. Muller’s freezer stood. Rose handed Michael a conveniently-available pair of bolt cutters, and he snapped the lock on the freezer, before he had time to think twice. What he found down there, in the poorly-lit basement, sent shivers down his spine.

The sample box in front of him had a dark handprint on it, similar to the one on the lab book.

Dr. Muller had spent his entire career working on KCNX9. Before he ran out of funds, Muller had sequenced 170 samples (C001-C170) for mutations in KCNX9 with negative results. Had he only sequenced ten more samples, he would have found the mutation that would have validated decades of his research. When Michael looked at the old lab book, he saw that Muller was about to sequence an entire batch of new samples that were already prepared for processing in the fridge when he suddenly disappeared under mysterious circumstances. Now Michael had found the mutation that Muller had been looking for. C179 was the proband of a large family with dominant inheritance that Muller had recruited a few weeks before his disappearance.

We still don’t know who entered the ID of sample C179 into the spreadsheet in the middle of the night. It also remains unclear why the freezer was unlocked the next morning, and whose handprints were on the box of samples and the lab book. All we know is that this happened exactly 20 years after Dr. Muller disappeared and his lab book was washed upon the shore during a dark and rainy night.

Just in case you were wondering, this story is purely fictional. I have taken the liberty to write a brief, corny exome ghost story for Halloween – there is no gene called KCNX9 and there is no sample C179. Dr. Muller, fixated on a single gene and increasingly isolated from his peers until he disappeared, might not be the best example of a modern-day scientist. If your scientific career hinges upon a stop mutation in a single sample and requires you to reach out from the afterlife – well, let’s just say that it would be hard to get funding for this. Also, Michael has not even started to put this story together for publication – I am not sure how Dr. Muller’s ghost will react to critical reviewer comments.