Catching up. This week’s review of recent publications might be relevant for you because it adds new pertinent details to known epilepsy genes and discusses novel gene findings that might be applicable in clinical practice. This post covers publications on SCN8A in epileptic encephalopathy, CNTNAP4 and interneurons, EML1 in brain malformations, and the meaning of SCN1A variants in small epilepsy families. 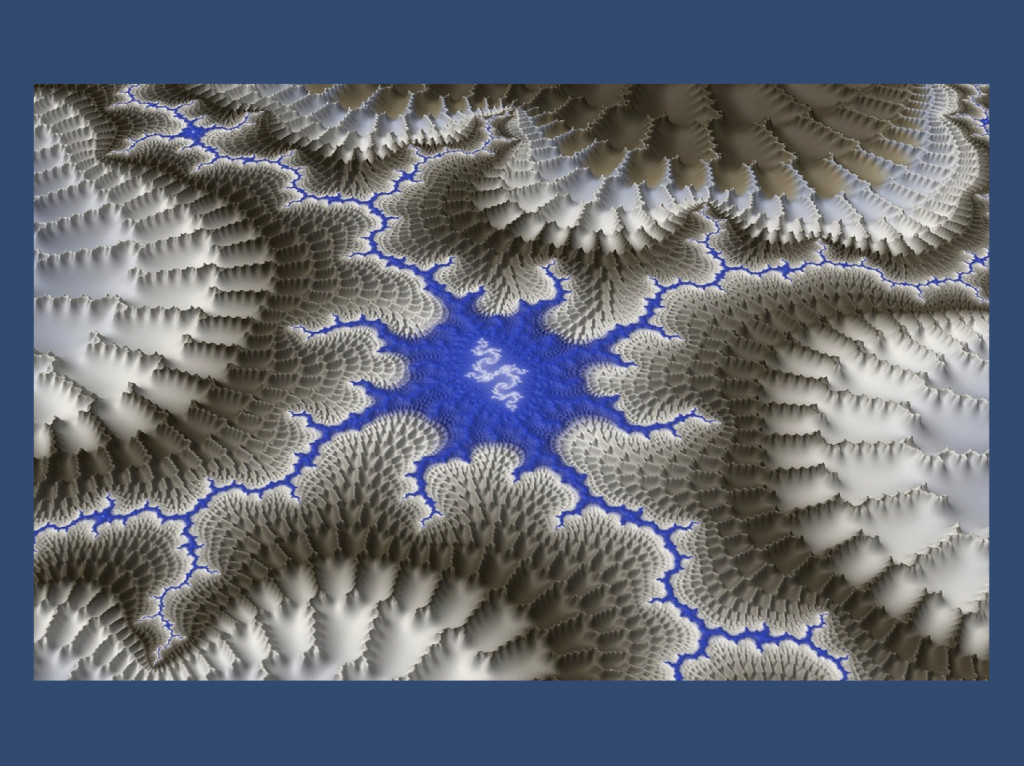 Fractal neuron in 3D by Gary Barnett. I was meaning to use this image on our Post on Monday, but was struggling with our new blogging platform. Now everything works nicely and it’s a good addition to our current list of publications of the week (image under a Creative Commons License from http://www.flickr.com/photos/barnettart/8326908269)

SCN8A and epileptic encephalopathy. Two recent studies consolidate our knowledge of SCN8A in epileptic encephalopathies. The study by Ohba and collaborators published in Epilepsia identifies seven patients with de novo SCN8A mutations, including one patient with Malignant Migrating Partial Seizures of Infancy (MMPSI). The study by Estacion and collaborators published in Neurobiological Disorders zeroes in on the functional consequences of the mutations: the causative mutation investigated leads to a gain-of-function.
Comment: The functional effect of disease-related SCN8A mutations is likely due to a gain-of-function, which is in line with its role in excitatory neurons – in contrast to SCN1A, which is prominent in interneurons and results in epileptic encephalopathy through a loss-of-function.

CNTNAP4 and parvalbumin neurons. A recent study in Nature by Karayannis and collaborators investigates CNTNAP4, one the members of the neurexin superfamily of neuronal adhesion molecules implicated in various neurodevelopmental disorders. The authors find that loss of CNTNAP4 leads to reduced output of a particular type of GABAergic interneuron (Parvalbumin-positive basket cells). Likewise, dopaminergic transmission in the midbrain is paradoxically increased, showing that different cell types may behave completely differently in response to disruption of specific genes.
Comment: Not all neurons are the same – this study aims to assess how known mutations in neurodevelopmental disorders affect the highly diverse neuron populations of the CNS.

EML1 and subcortical band heterotopia. In a recent study in Nature Neuroscience, Kielar and collaborators identify the gene responsible for a spontaneous mouse model with neuronal heterotopia. They identify the EML1 gene, which codes for a microtubule-associated protein. Furthermore, the authors manage to identify mutations in EML1 in patients with ribbon-like heterotopia, translating the finding of animal studies into successful gene discovery.
Comment: Candidate gene studies in epilepsy genetics are usually a fishing expedition, as we are notoriously bad at guessing good candidates. Not so in brain malformations. This study successfully identifies a gene for a mouse model and identifies mutations in patients with similar phenotypes.

SCN1A in JME. In their recent publication in Epileptic Disorders, Jingami and collaborators identify a novel SCN1A variant in a small family with Juvenile Myoclonic Epilepsy (JME). The variant was shared by the proband and his affected father, who both had a phenotype compatible with JME. There was no history of Febrile Seizures in either patient.
Comment: Causative or not? Any coincidental variant in the SCN1A gene has a 50:50 chance to be transmitted to the offspring, regardless of whether the child is affected or not. This case illustrates our ongoing issues to assign causality to mutations in small families. Claiming that SCN1A can lead to familial JME would be premature.